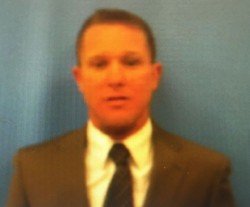 Court officials said Carl Nathan Weeks Jr., 33, of Phil Campbell, was indicted on six counts of second-degree sexual abuse, three counts of first-degree sexual abuse and one count of first-degree rape. Weeks, a former deputy with the Franklin County Sheriff’s Office, was arrested in December after an investigation by the Alabama Law Enforcement Agency’s State Bureau of Investigation. At the time of his arrest, he was charged with only three counts of sexual abuse of a child. The case was presented to the recently concluded January grand jury, and the new charges were issued. Sheriff Shannon Oliver said Weeks, along with his attorney, Tim Case, of Florence, came to the jail Friday and surrendered to authorities. He has been released on bail of $150,000.

For the full story see the Times/Daily article.