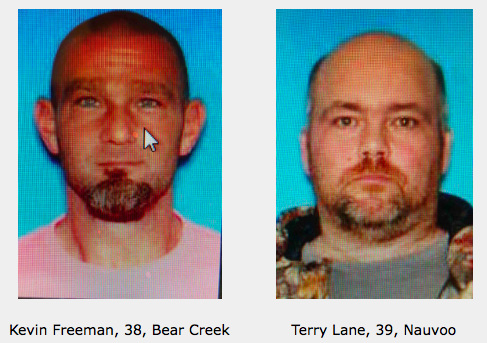 Two local men were arrested in January in an undercover sting to catch predators hoping to meet an underage girl for sex. The investigation began when an underage person complained about an older person making contact on social media. The Cordova Police set up two fake accounts on social media in which bot accounts appeared to be female teens under 16 years old.

Within an hour, up to 50 people had contacted the fake sites. Police Chief Nick Smith said he was overwhelmed by the response. While the specific social media sites were not released, Smith said they were the typical sites that anyone around or under age 16 may be using. He said the people who contacted the fake accounts would begin with private conversation and some were very blunt and expressed their desire to have sex with the person they thought was an underage teen.

Investigators, using the fake profiles, set up meetings in various locations around Cordova. The suspects thought they were meeting an underage female for sex but instead were arrested. Ten people were arrested in this sting, all from north Alabama.

Chief Smith stated, “If you have a child on social media you need to monitor their activity or not let them have it at all.”

If you have any information related to this operation, please contact the Cordova Police Department investigators at specialop64@yahoo.com.