It Was a Dark and Stormy Night 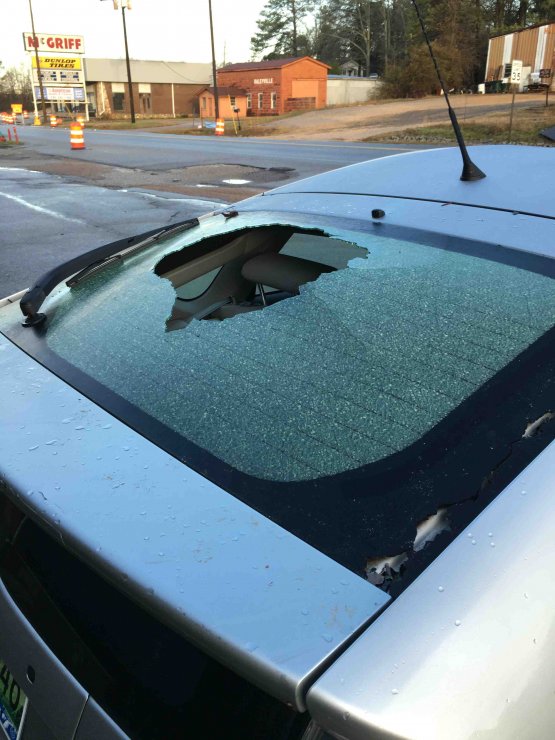 After the storm passed Tuesday night, only two incidents were reported caused by the high winds and rain. A power transformer on the east side of Haleyville caught fire and had to be replaced, knocking out neighborhood power for a short while. Haleyville firemen responded. With the installation of a new transformer, Alabama Power workers had power restored.

Just after 11 p.m., traveling down 30th Street in my Prius, a large dead tree, weakened by the storm decided gravity was just too much and fell on my car. The tree caused extensive damage, including breaking out the rear window. It even broke out the front grill as it enveloped the Prius. The unexpected event certainly got my attention.

The good news, no one was injured or killed in the passing of this storm.