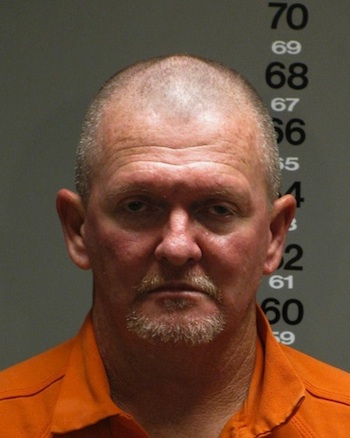 Alabama State Troopers assigned to the Marine Patrol Division, in conjunction with the Winston County Sheriff’s Office, on Monday, April 25, arrested and charged Sidney Ray Stockman Jr., 46, of Double Springs.  He has been charged with two counts of Unlawful Possession of a Controlled Substance, one count of Trafficking Methamphetamine and one count of Unlawful Possession of Drug Paraphernalia.

This arrest is the result of a traffic stop Troopers made on Alabama 195 in Double Springs.  Located inside Stockman’s vehicle was 50 grams of Crystal Methamphetamine, as well as Methadone tablets and various drug paraphernalia.  Troopers also located more than $1,600 in cash.

Stockman was booked into the Winston County Jail and is being held with no bond.  Winston County Sheriff’s Office and Double Springs Police Department assisted.

Nothing further is available as the investigation is ongoing. Anyone with any information about this case or any other illegal activity is encouraged to call the SBI Hotline at (800) 392-8011.