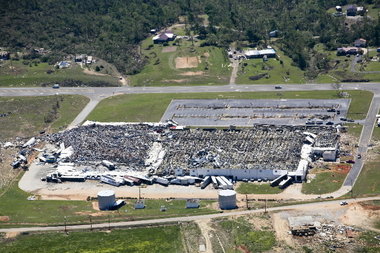 Gov. Robert Bentley has awarded more than $1 million in grants to help create and preserve jobs in tornado-ravaged Marion County.

Bentley said Tuesday much of the Community Development Block Grant money will go to the town of Hackleburg, where an April 27 tornado destroyed the town's largest employer, a distribution center for Wrangler jeans.

The funds will be used in Hackleburg to repair two tornado-damaged water tanks and to install new water lines to provide fire protection for the Wrangler plant.