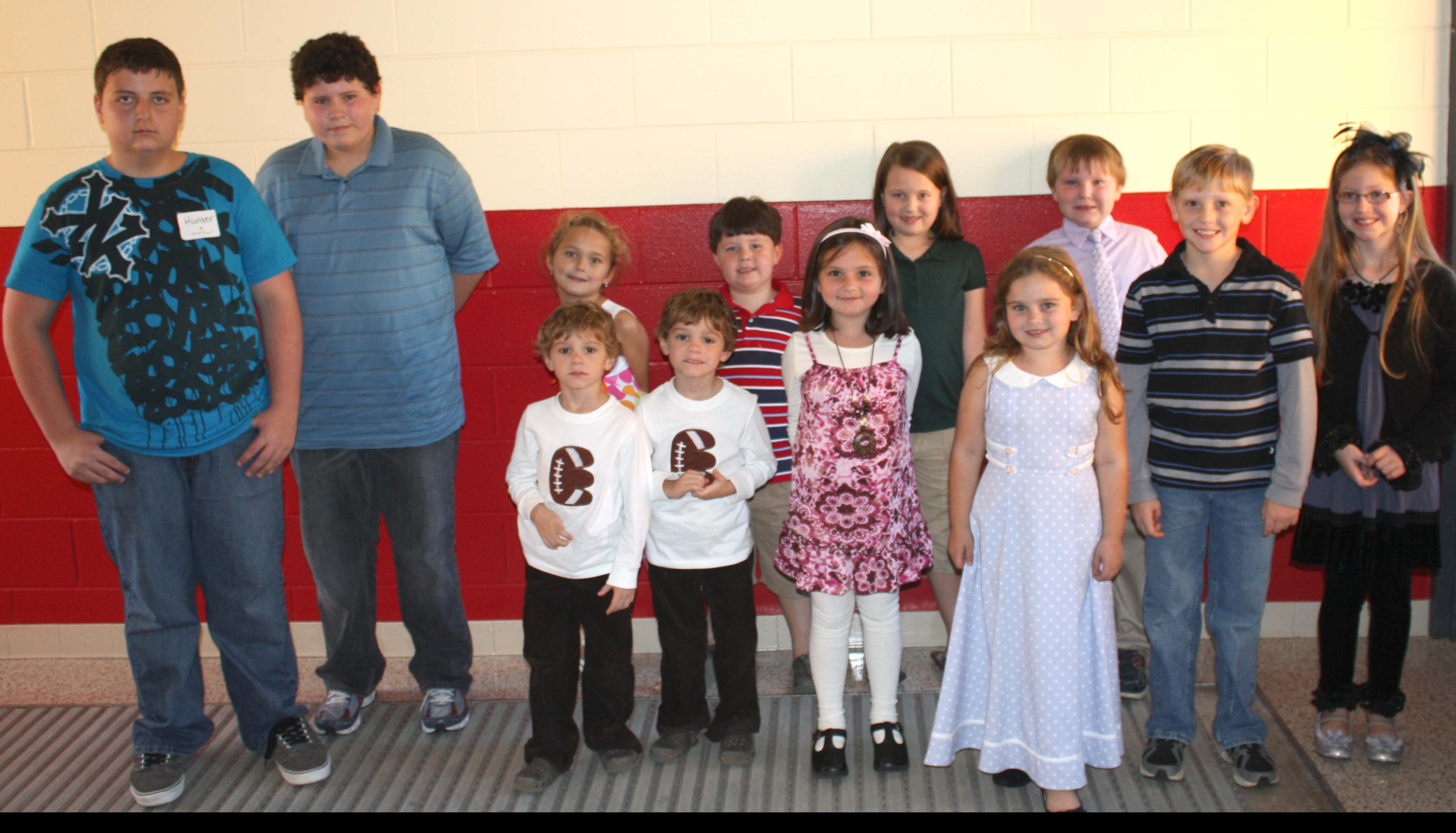 Friday, October 14, a benefit was held at the Haleyville Elementary School to raise money for the Knight family. Sailor Knight, a second grade student at HES died in a house fire on Sunday morning, October 2, with his parents and grandmother still recovering from burns they suffered while trying to save Sailor.

The event was well organized with almost three hours of musical entertainment playing to a sparse audience attributed to many conflicting activities.

A major contribution was made by the Kindness and Compassion Club of HES which had sponsored a hat day to help raise money for the Knight Family. Students were allowed to wear a hat to school if they paid $1. Some student donated much more. Some gave up snack or ice cream money, while others brought some donated some of their personal savings. A total of $2,566.52 was raised and donated to the Knight family fund from HES.

Receiving the money were Hunter and Alex Knight shown with a representative group of students from the K&C Club. Contributions can still be made at any branch of Traders and Farmers Bank to help defray expenses to the Knight family.