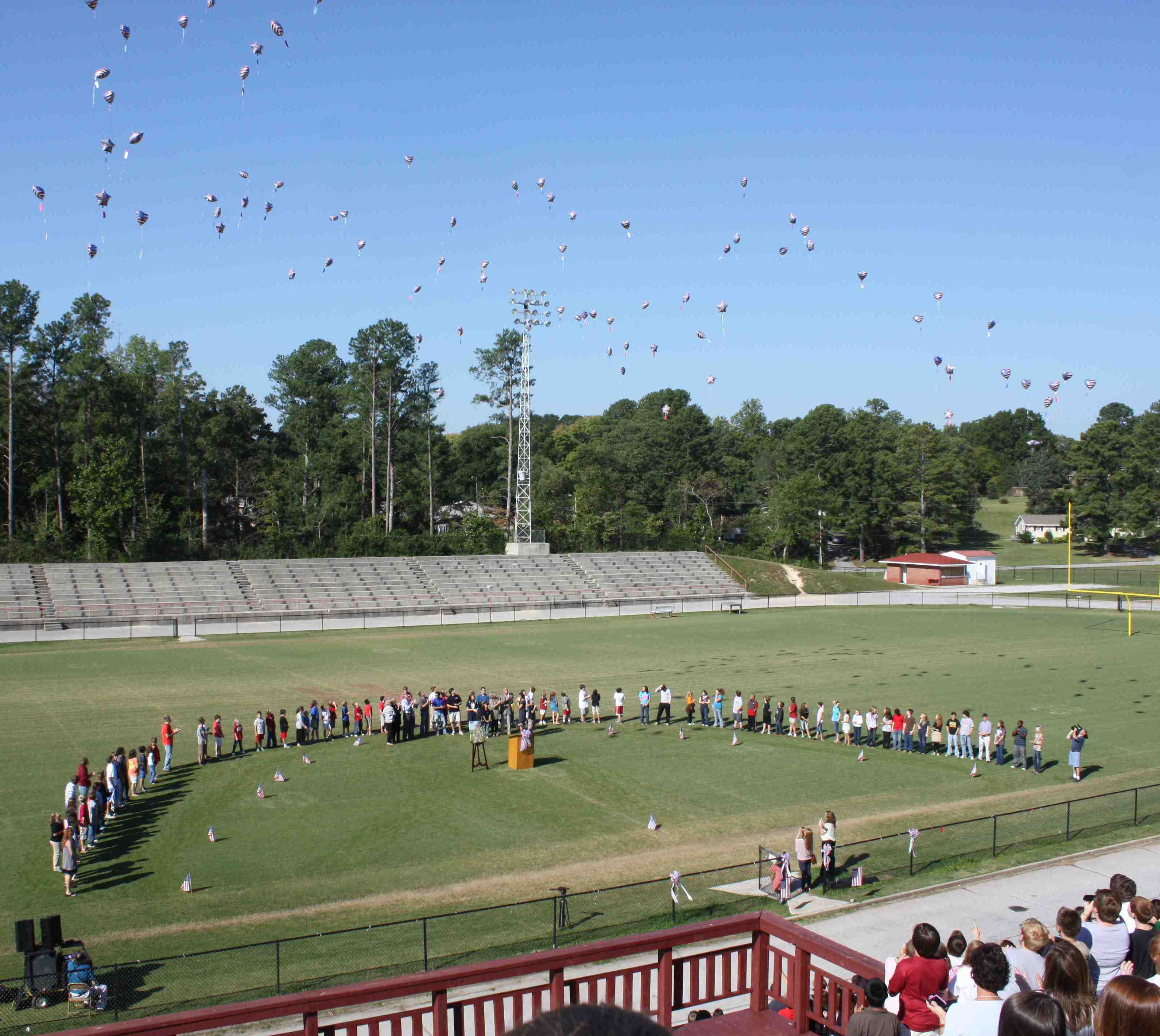 Thursday, September 29, marks the one year anniversary of the death of Haleyville's Mark Forester, an air force special forces combat controller killed in in action in Afghanistan. A special memorial service was held at his gravesite at Winston Memorial followed by a short program and releasing of balloons at the Haleyville football field. The home stands were filled with students from the Haleyville schools who came to honor the memorial of a former Haleyville student.