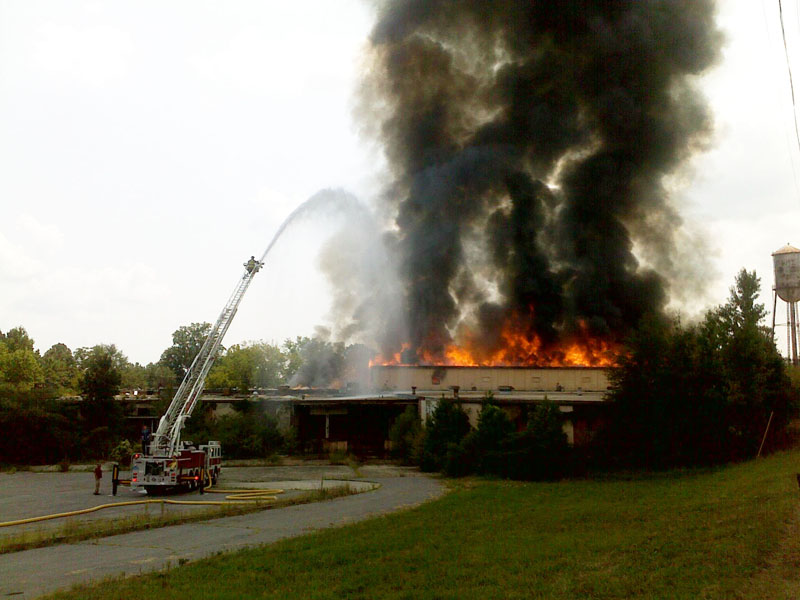 Workers cutting away steel structures for scrap is believed to have started a fire which destroyed approximately 200,000 square feet of the 265,000 sq. ft. buildings. The original building, located in the back of the present facility, was built in 1919 and contained the Strut Ware company. Over the years it has remained a textile operation which grew in size over the years. The company changed owners and names several times and during the late forties and early fifties, it was the largest employer in the area.

In order to allow Norfork-Southern trains passage through Haleyville, a six-inch water line from a hydrant on 6th Avenue was temporarily run underneath the tracks between cross ties.