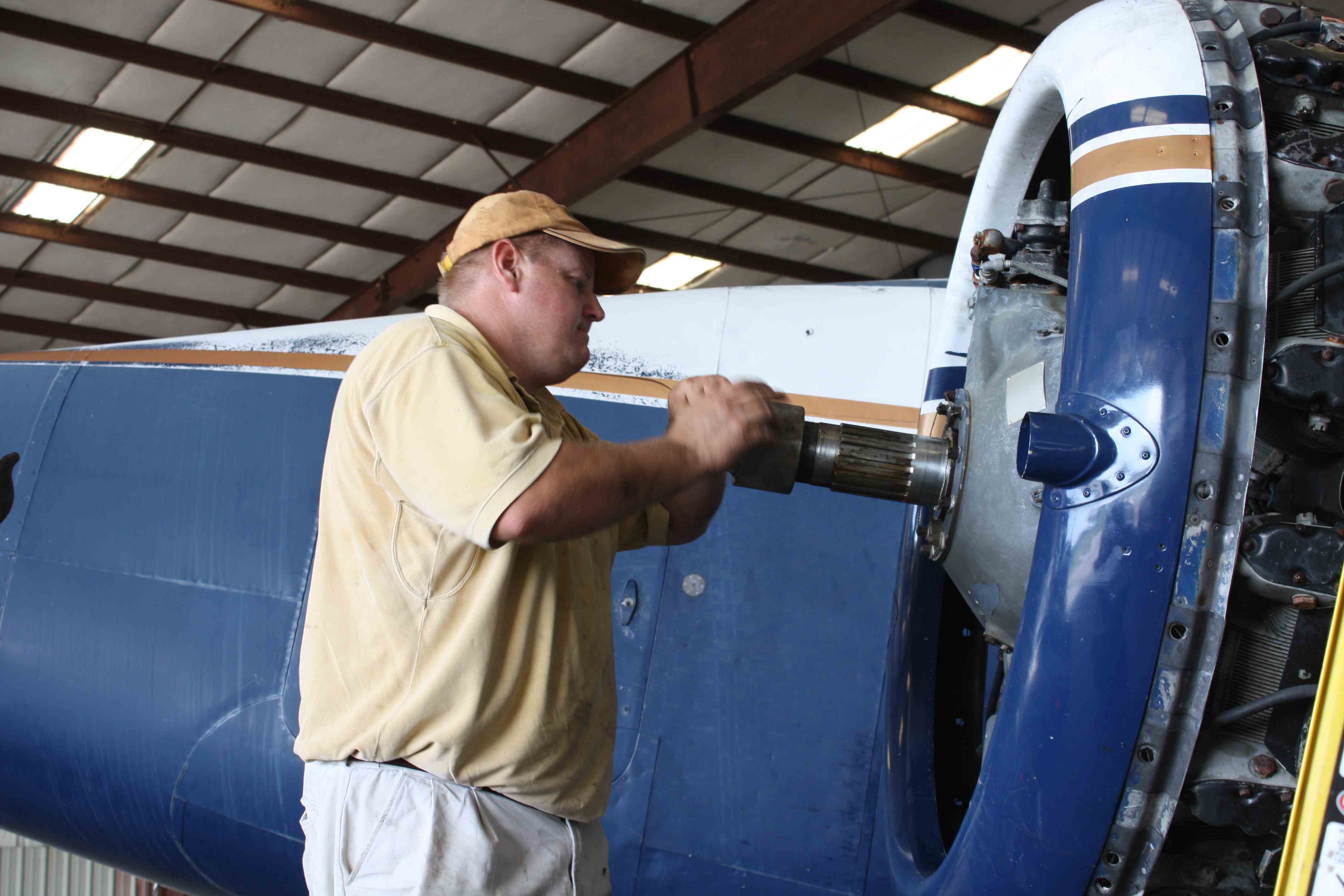 A rare bird, the Lockheed Model 18 Lodestar, is visiting the Haleyville airport. The airplane was flown in from Tupelo, Mississippi by it's owner, Auburn (Aubie) Pearman, a professional corporate pilot. The plane will be undergoing an internal makeover by Southern Air, an aircraft interior company, located in the north side of the large airport hanger.

Southern Air provides excellent aircraft interior refurbishing on a daily basis. This plane is a unique challenge. A total of 625 Lodestars were ever built in the early 1940's with only 10 - 15 airworthy in the USA today.

Aubie has owned his Lodestar for some time, and has just begun to refurbish his aircraft. Once in Haleyville, a "ferry" radial engine was removed and will be replaced later by a refurbished engine. Scott Ward utilized the lifting power of his wrecker to remove the propeller, then the engine.

The reason Aubie said he brought his rare plane, as well as other planes before, to Southern Air was because of their reputation of excellent work at very competitive rates.  The interior work will take several weeks to complete.

Check out this interesting aircraft at http://en.wikipedia.org/wiki/Lockheed_Model_18_Lodestar