Moving on Up (To the New Jail) 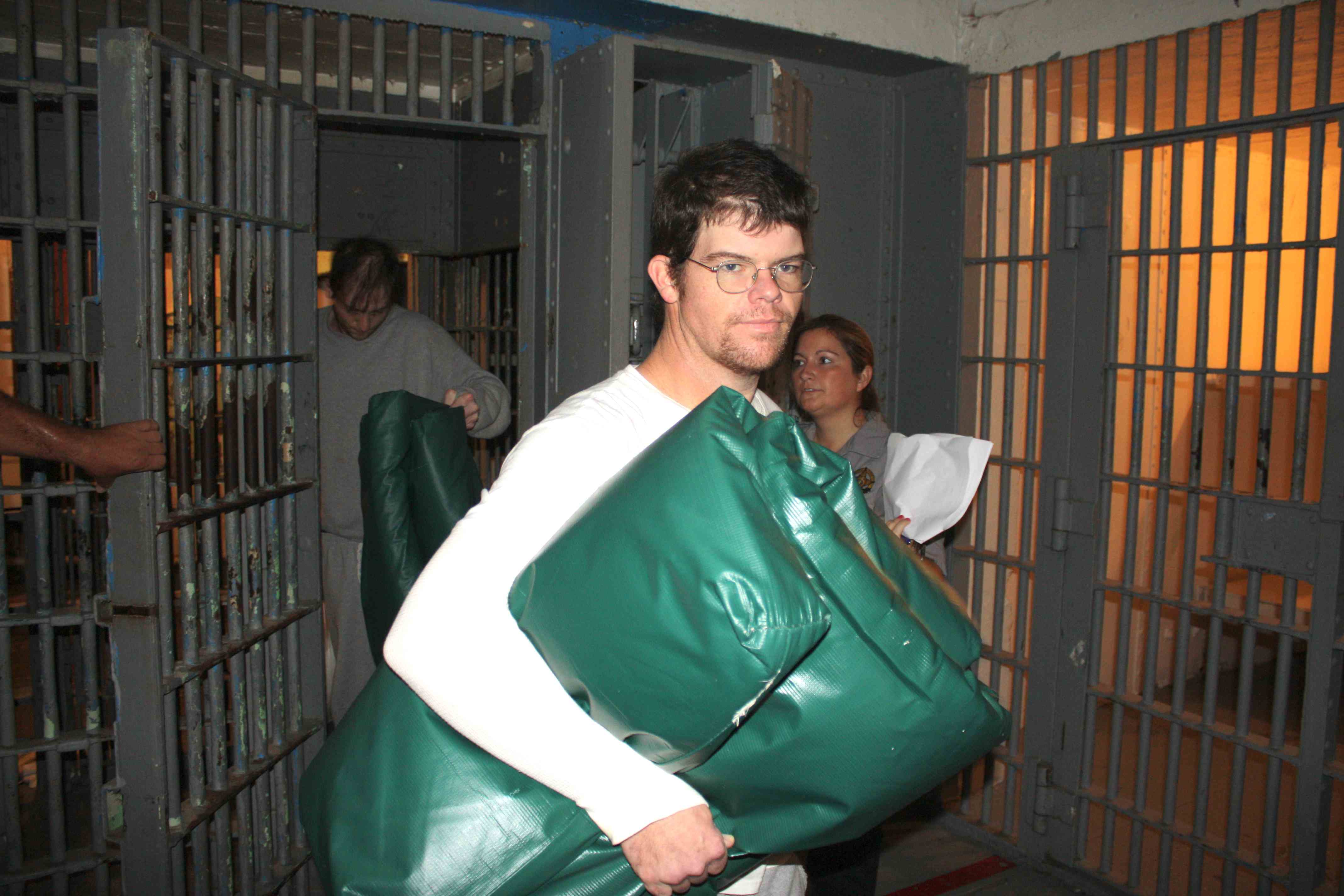 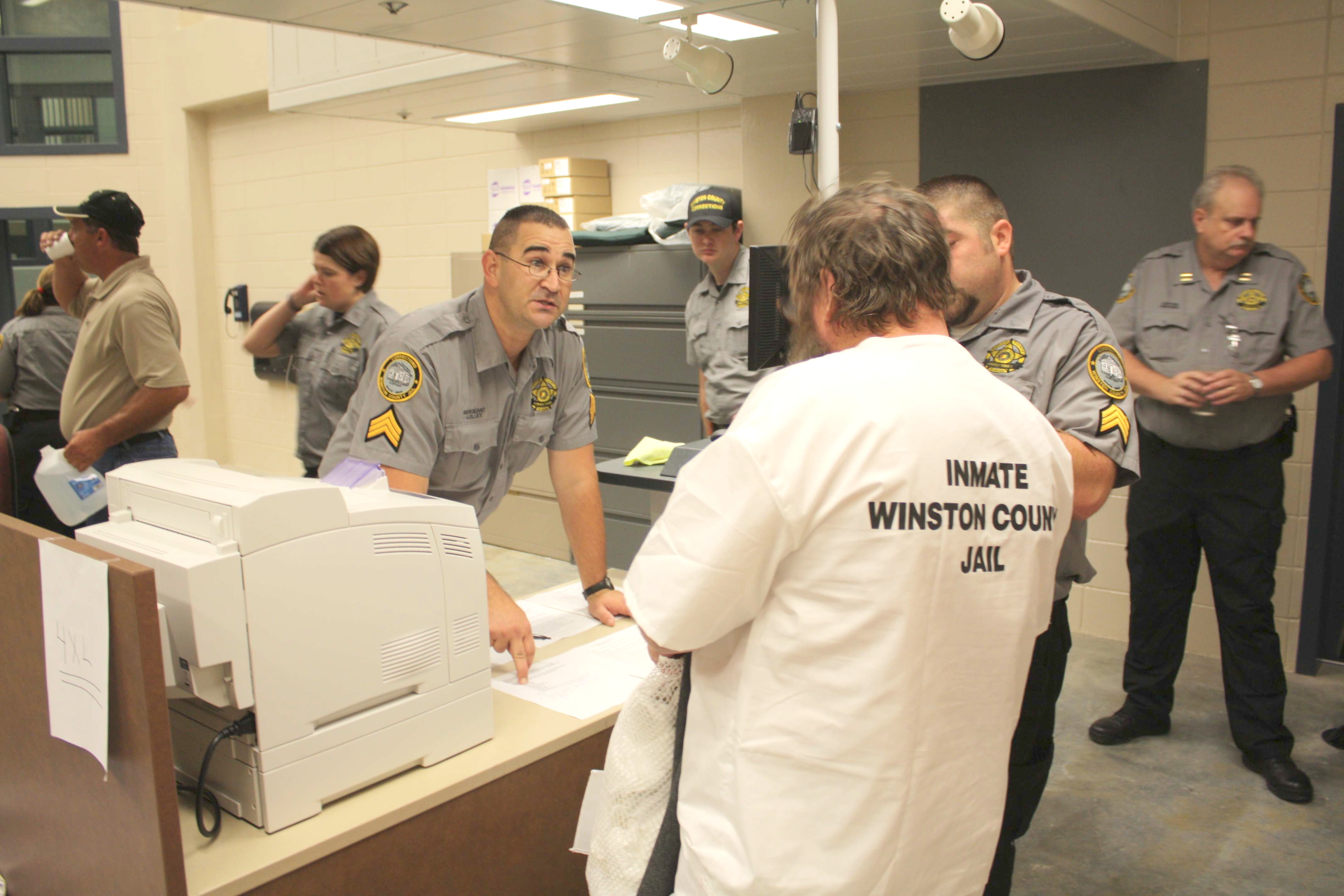 After years of discussion, planning, finding funding, construction and acceptance, the day finally arrived Sunday, August 14 to occupy the new Winston County jail. The top floor of the three story judicial facility housing court rooms, judges, district attorney and the circuit clerk offices have been occupied and utilized for several weeks. The jail has been awaiting approval by the State Fire Marshall and then adding the finishing touches/

The movement of 37 inmates from the old jail to the new began at 6 a.m. Sunday with the female prisoners, then the males, in groups of 4 - 5. The move was completed in a few hours. By lock down Sunday night, six more had been added with a total of 43, well less than half the capacity of the new jail.

With no operational city jails in Winston County, all five towns utilize the county jail to incarcerate anyone arrested for a felony crime and unable to make bail. Sheriff

Sheriff Rick Harris stated each municipality, as well as the county, has many outstanding warrants which have not been served because of the capacity limitation of the old jail. Harris stated: "Now we can put some specific efforts towards executing those outstanding warrants." He further stated: "I want to commend my staff on their willingness to perform in less-than-desirable conditions and perform a very difficult task in an organized and professional manner."