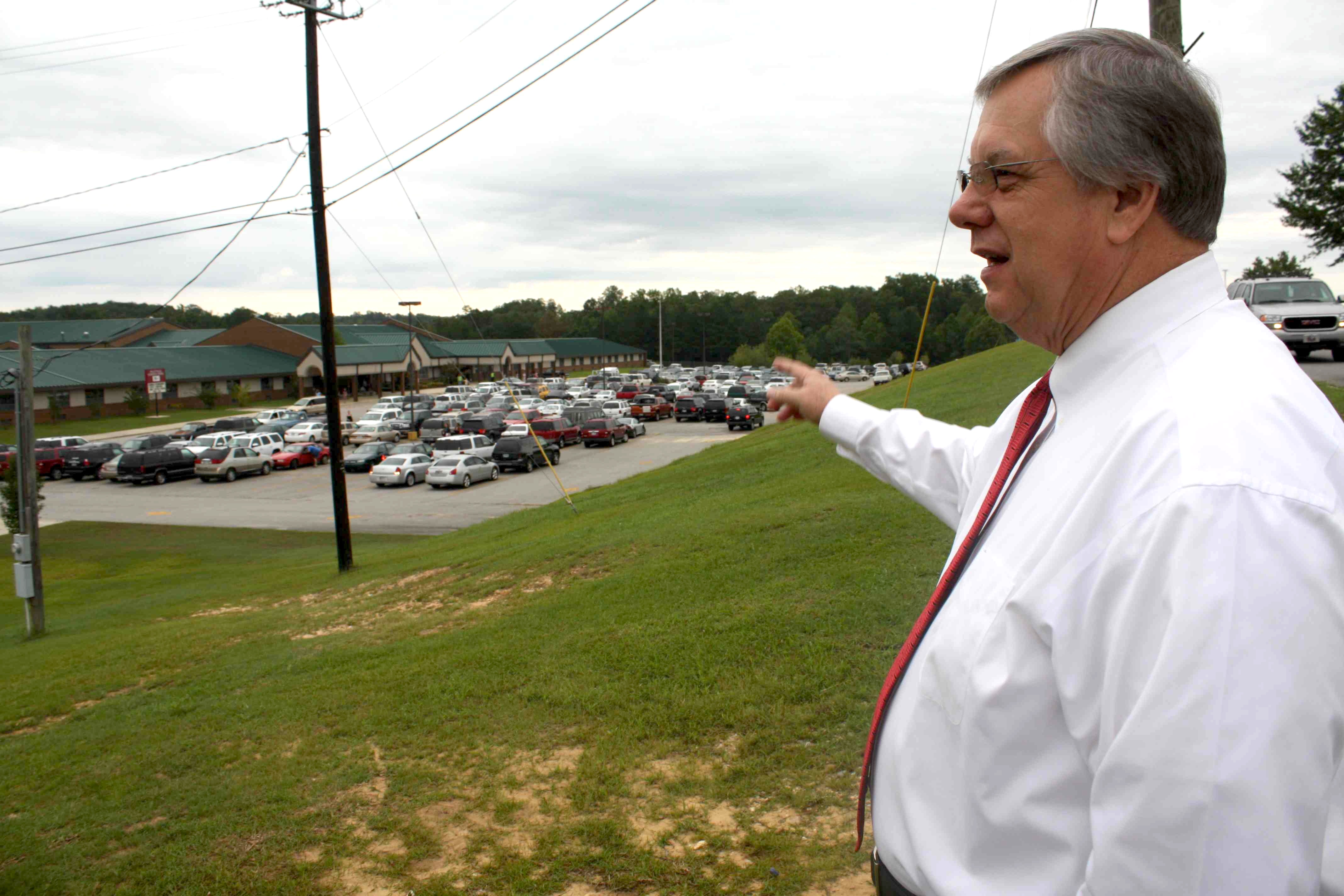 Thursday morning, the first day of the 2011- 2012 school year, began with a massive influx of busses and vehicles dropping off over 1700 students to all three Haleyville schools. Superintendent Dr. Clint Baggett observed the heavy traffic from a vantage point at the intersection of 20th Street and 20th Avenue. At five minutes to 8 he noted the traffic dropped to virtually none. At 8:05, the traffic rush was completely over. 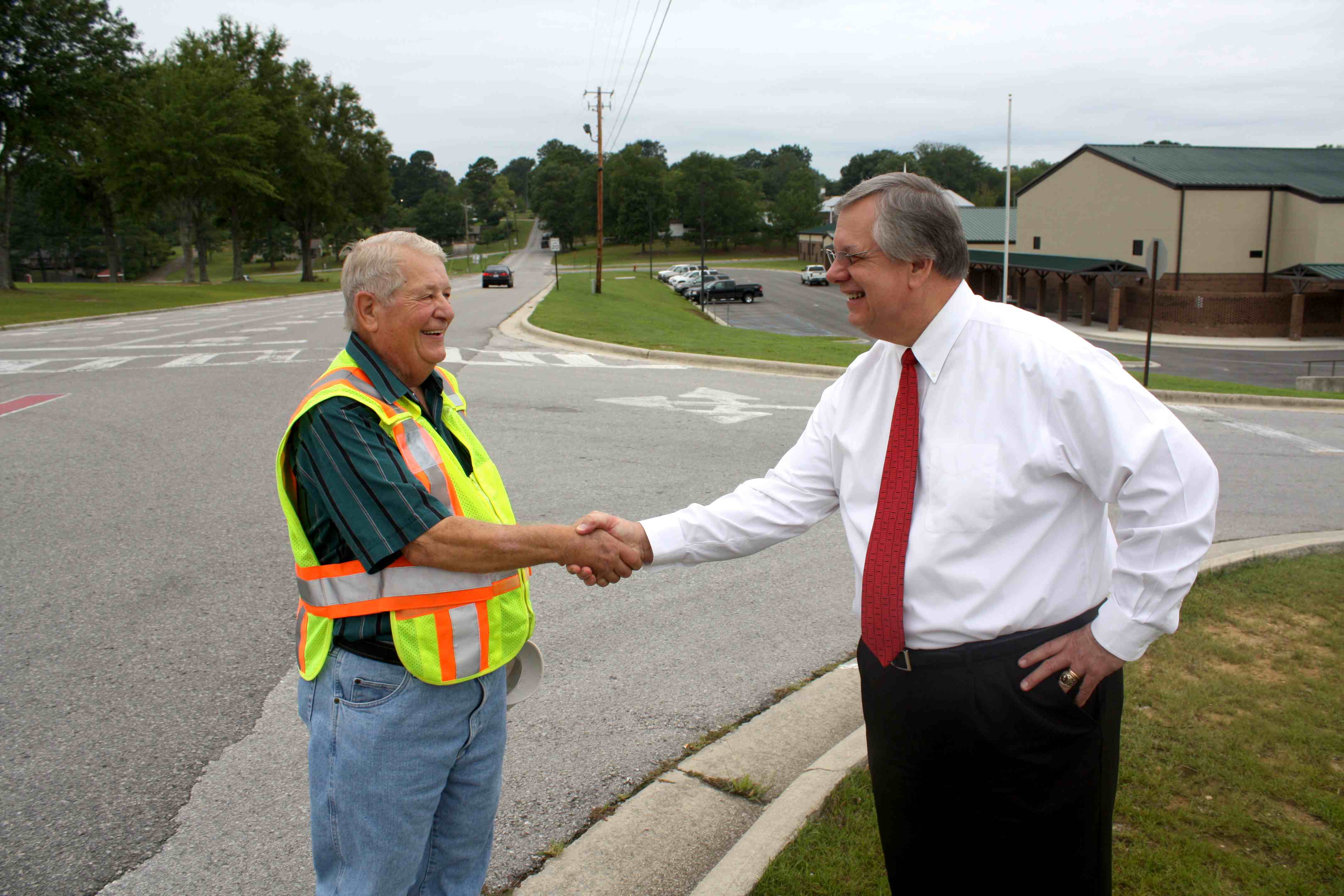 Richard Cutting, who has been the traffic and crossing guard at the 20/20 intersection for 11 years stated Thursday's traffic went extremely smooth. He commented he had seen more than one teary eyed mother and some obviously very joyful parents leaving the school area after dropping off their children. Mr. Cutting home was destroyed by a tornado April 27 and is in the process of rebuilding. According to Brenda Hicks, he has not taken a vacation all summer and is a very kind and dedicated person.

As in past years, Mr. Cutting had help in traffic control on the first day from several police offices who were placed at the entrances of the middle and elementary school parking lots.

The Haleyville police did experience a problem with several drivers who apparently were unaware of a city ordinance passed last year which phohibits the use of cell phones while driving in the school zone. The ordinance was designed to protect the children and hopefully make the drivers pay attention to the traffic flow. Use of seat belts is another issue. Parents are asked to not only obey the laws, but set a good example for their children.