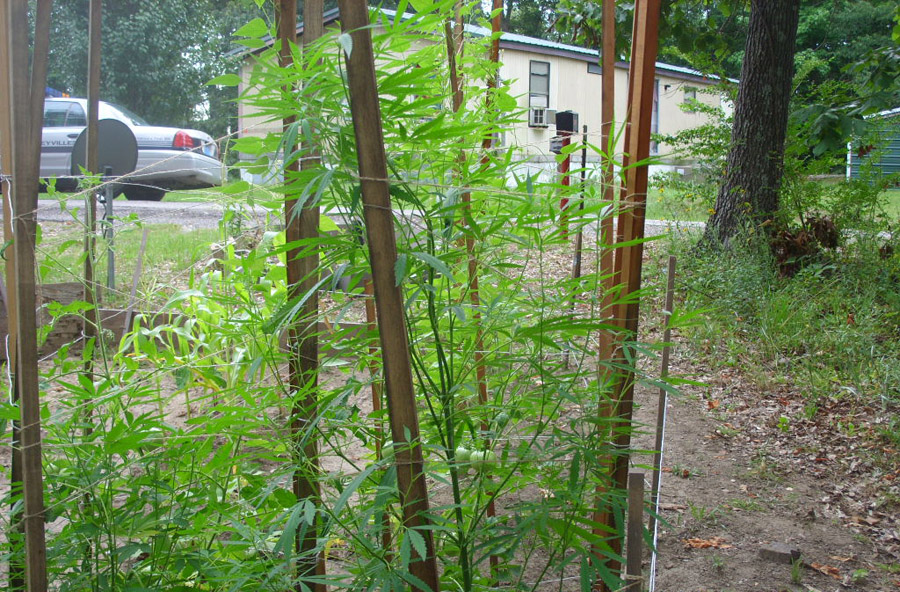 SGT Jason Williams, OFC Rodney Lewis and OFC Eddie Collins went to a nearby residence to inquire about the garden. At the front door, officers spotted drug paraphernalia in plain sight and detected an illicit odor. Bryan Christopher Ramey, 33, of 103 CR465, reportedly admitted to police that the plants were his. Ramey and Margo Russell, 43, same address, were both arrested and charged with 1st degree possession of marijuana and possession of drug paraphernalia. They were booked and transported to WInston County Jail. They have both been released on bail.