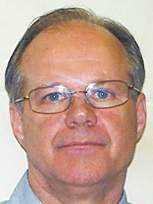 District Attorney Jack Bostick has stated Butler hired two people on two different occasions to carry out the murder-for-hire. The intended victims were to have been his wife, Reba Butler and his mother-in-law, Ruby Mays. Larry Butler is accused of offering $150,000 to a man to kill his wife and mother-in-law.

An early morning attack on May 23 at the home of Ruby Mays against her daughter Reba resulted in head and other injuries to Reba from being struck by a table leg. The attack on Reba was interrupted by Ruby Mays when she heard the intruder attacking her daughter.

An investigation by Haleyville police and the Winston-Marion District Attorney investigator led to the possible conspiracy.  While the investigation was going on, Butler reportedly attempted to hire another man to kill his wife, mother-in-law and the first hit man. The investigation resulted in the arrest of Butler before the second plan could be carried out.