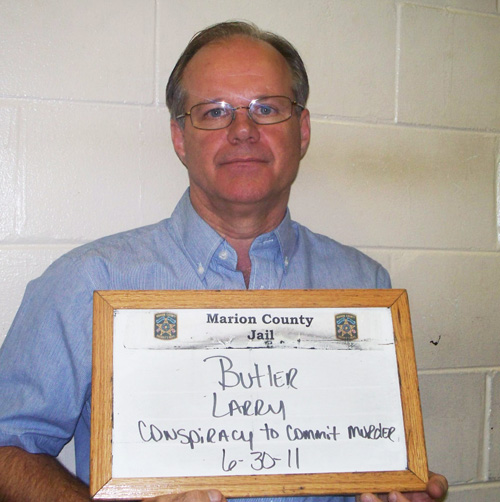 Larry Butler, of Haleyville, was arrested Thursday afternoon and faces multiple charges resulting from the May 23 attack on his wife, Reba Butler. 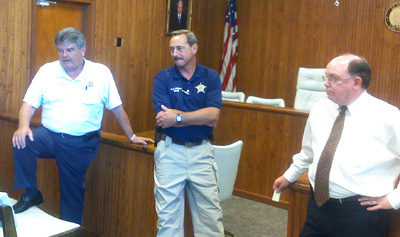 Reba Butler was attacked in her mother's home on May 23. [See Story]. Larry Butler is charged with the attempted murder of his wife; his mother-in-law, Ruby Mays; and an unnamed individual. He also faces charges relating to the conspiracy and the murder for hire.

Cook said, "The investigation is ongoing," in response to questions about the actual perpetrator of the attempted murders.

Haleyville Police Chief Kyle Reogas said,"[The investigation] had to be done carefully, and it was done so."

Reogas also addressed concerns citizens were having about this violent crime. "This was a specific crime, with specific targets," he said. He wants to allay concerns that there was someone going door to door and harming people.

Cook, Williams, and Reogas all praised HPD Investigator Tim Steien, DA Investigator Tommy Moore, and MCSO Investigator Ron Vickery for their long hours invested in and dedication to the investigation.