State of the Schools 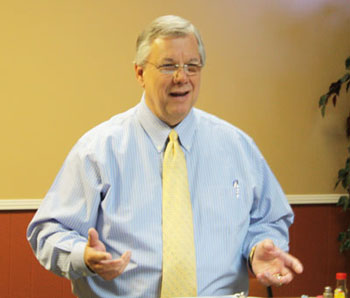 Haleyville City Schools Superintendent Clint A. Baggett delivered his "State of the Schools" Friday at the Chamber.

"I am here to tell you, " Baggett said, "the state of Haleyville schools is good."

The graduation rate is now 92% and Baggett said that it is one of the highest in the state. Also, this year's HHS graduating class was offered almost $1.8 million in scholarships.

The schools in the system again made AYP. Haleyville has made its "Annual Yearly Progress" every year since President George W. Bush's No Child Left Behind Act was enacted by Congress in 2001.

For more, see [State of the Schools].