Two Women and a Plane 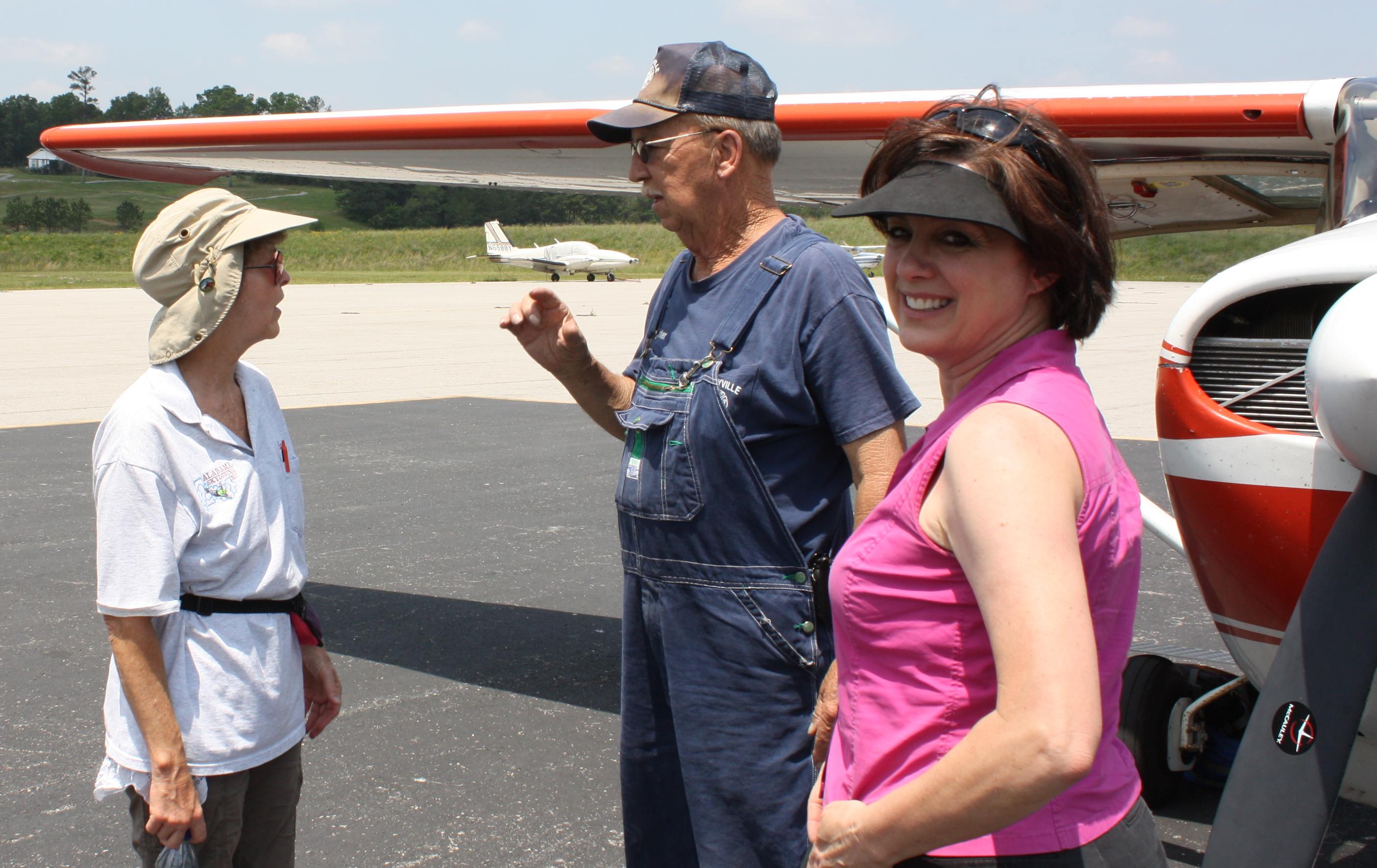 Tuesday, for the third time in less than a week, a plane from Birmingham flew into the Haleyville airport bringing approximately 1000 pounds each time. The plane was loaded with donated items for the tornado relief effort. The pilot and aircraft owner, Sandra (Sandy) Carruth, (left)  brought a professional photographer, Rhonda Pratt, who had helped gather the donated items. A Birmingham business and individuals contributed mostly food items. Sandy's Cessna 182 was the ideal plane because it has been modified with a special passenger door which swings up when open. This modification was done because of her main business, dropping skydivers which is referred to as a jump plane. She also instructs other pilots on how to be a jump plane pilot.