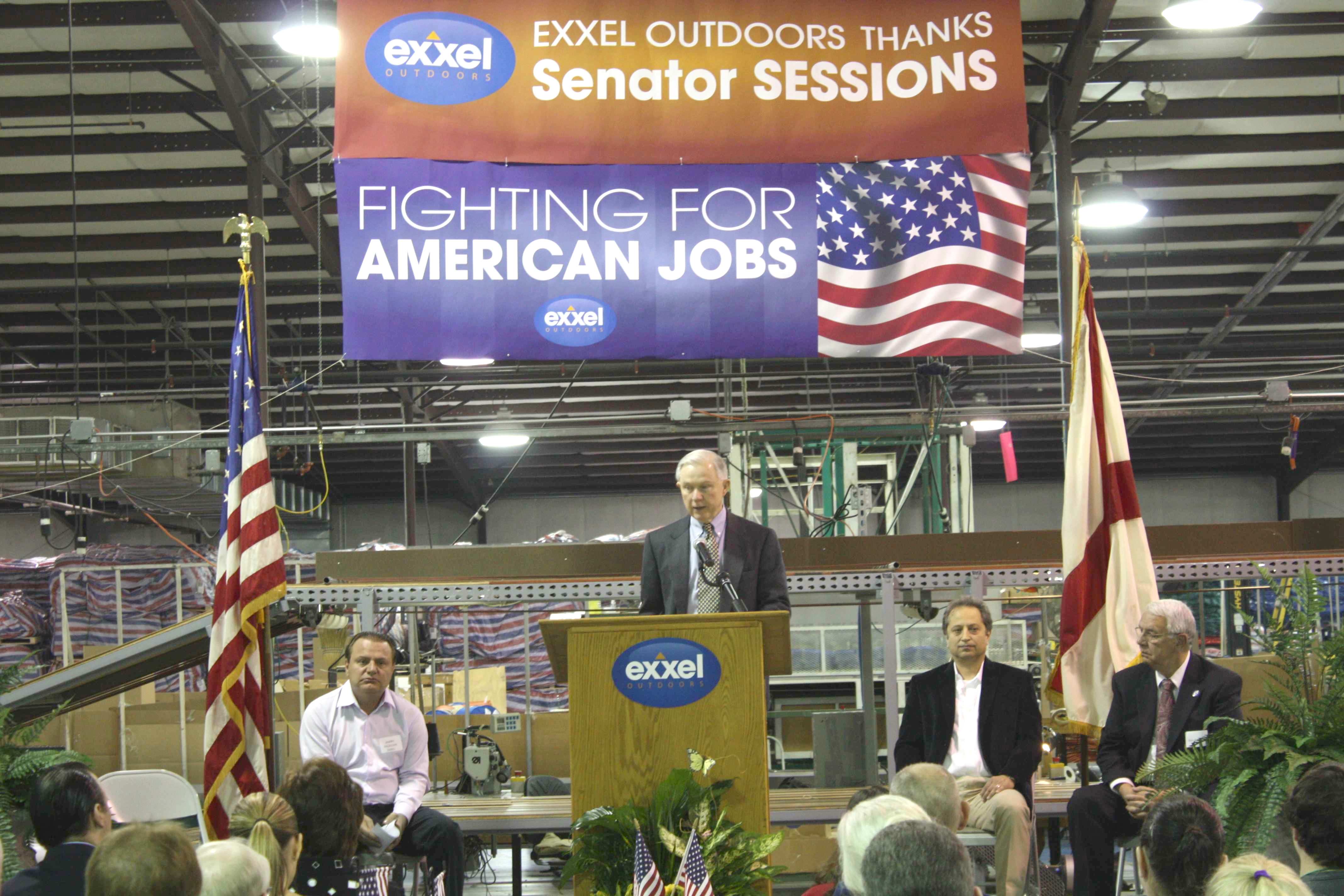 "There needs to be more jobs created and we have got to fight for every single job" stated U.S. Senator Jeff Sessions. Senator Sessions was honored Friday, February 25, by the owners and employees of Exxel Corporation for his work to help insure the survival of the company in Haleyville.

Exxel, the largest manufacturer of sleeping bags in the country was threatened with cheaper imports from Bangladesh. A U.S. law that controls foreign trade preferences was allowed to expire December 31, 2010. That law was allowing sleeping bags from Bangladesh to be shipped into the country without the standard tariffs. This made for unfair competition according the senator.

Sessions stated, "We are willing to compete against anybody, but you cannot have unfair trade practices. You cannot have an unleveled playing field," referring to the favored third world status of Bangladesh importing sleeping bags tariff free. Exxel pays a tariff on raw material brought in from China.

The bill to give special status to Bangladesh will be coming up again in congress. Sessions said: "We will fight it." He praised Congressman Robert Aderholt, and Senator Shelby for their work on this issue.