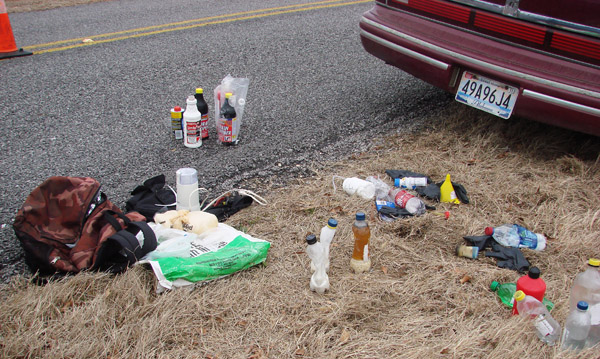 Lewis stopped the vehicle on Marion CR62, where he was joined by HPD Sergeant Jason Williams. During the roadside investigation, police discovered three bottles actively cooking meth. At this point a male subject began running across a field. The officers pursued, Lewis on foot and Williams in his patrol vehicle.

Two suspects were taken into custody, a male and a female. After booking, they were transported to Marion County Jail. The vehicle was seized by the city.