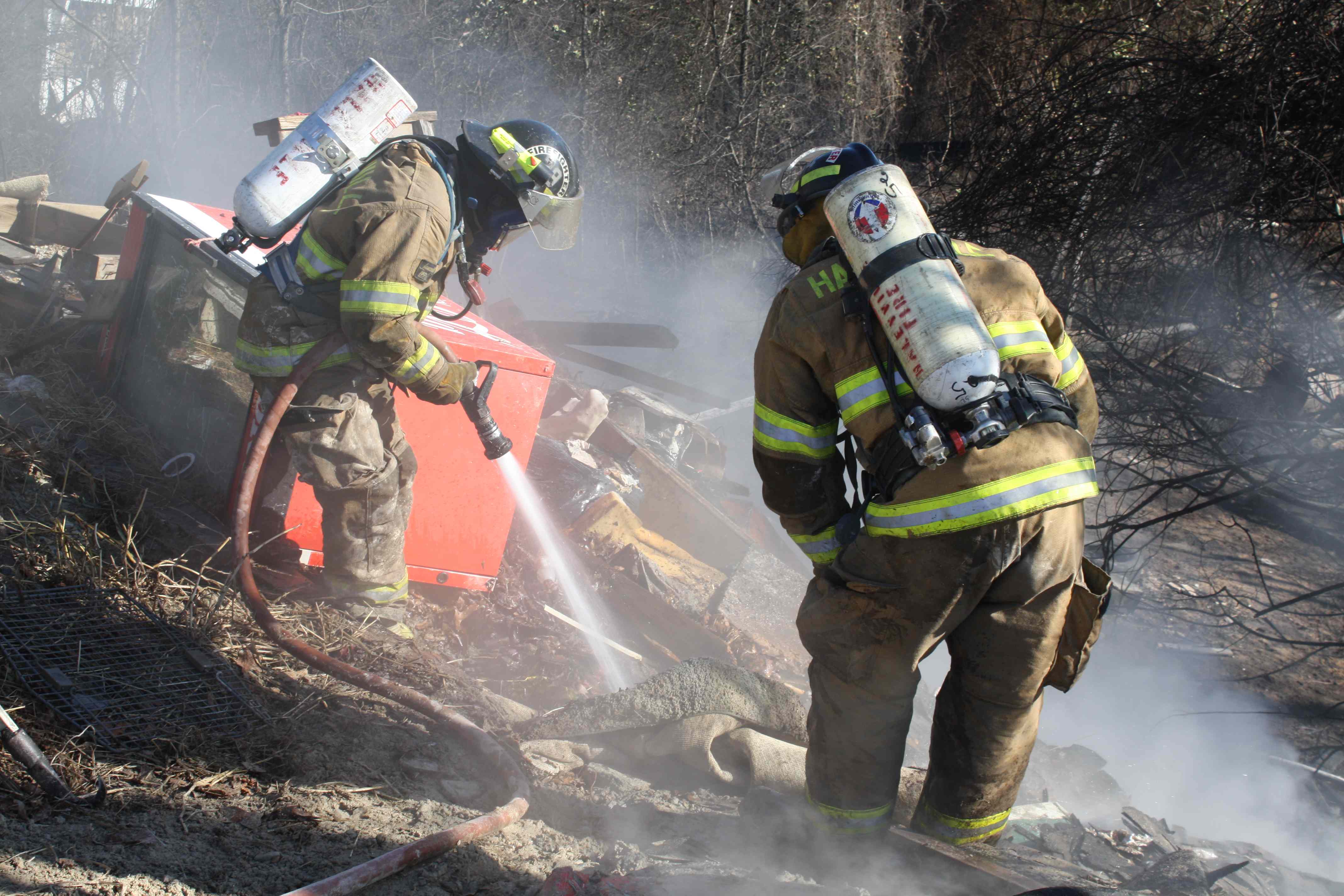 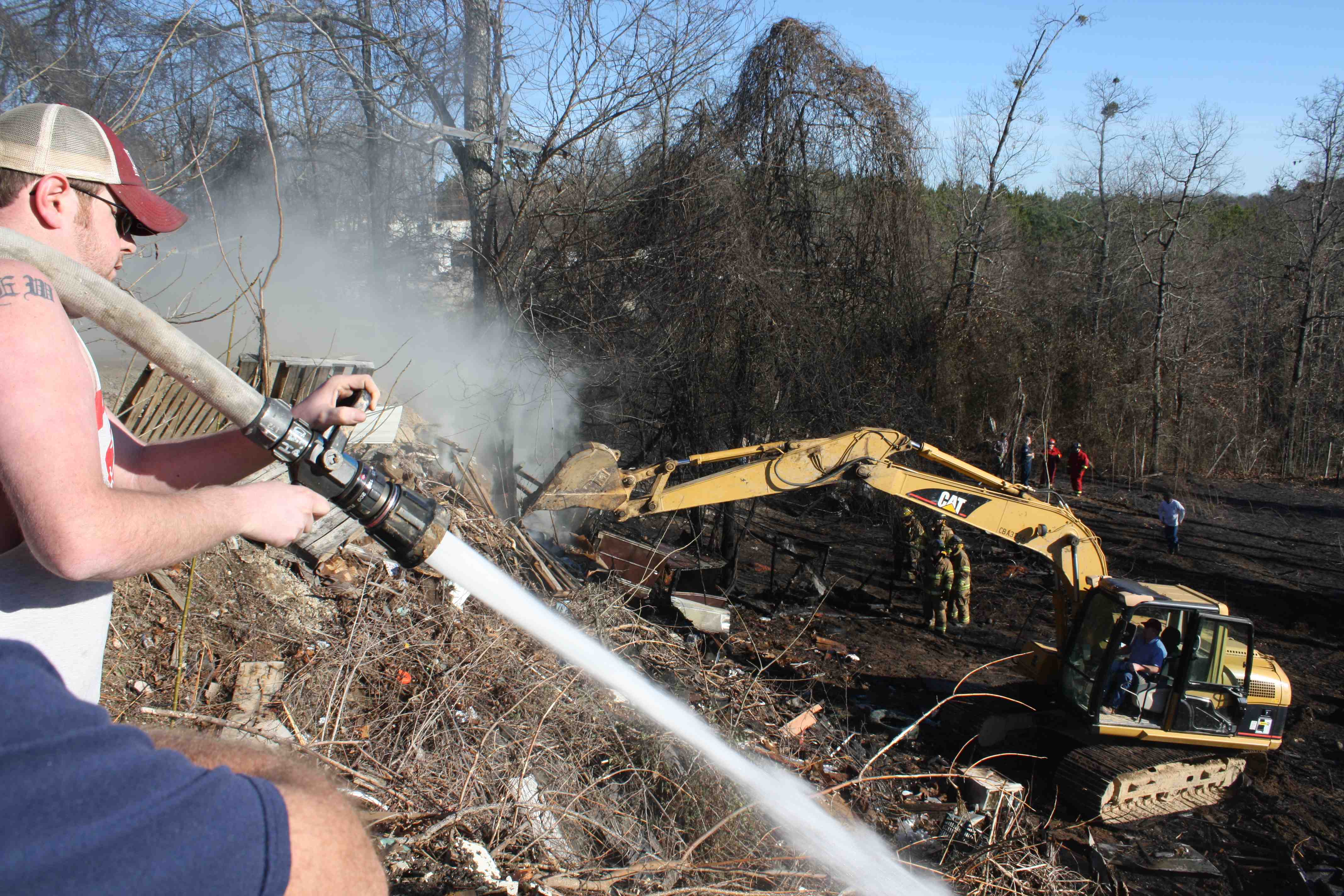 Haleyville and Bear Creek fireman received unusual help fighting a fire on Alabama Avenue in Haleyville Sunday afternoon. The firemen were called to a grass fire but found more in the form of a land fill fire behind the Zacatecs Mexican store near Mays Flowers. Dry grass on a couple of acres of land and a mobile home was burned, others threatened in the nearby Ricky White Trailer Park. Because water could not be put directly on the source of the fire in the fill, a track hoe was brought in to dislodge the trash so it could be properly extinguished.