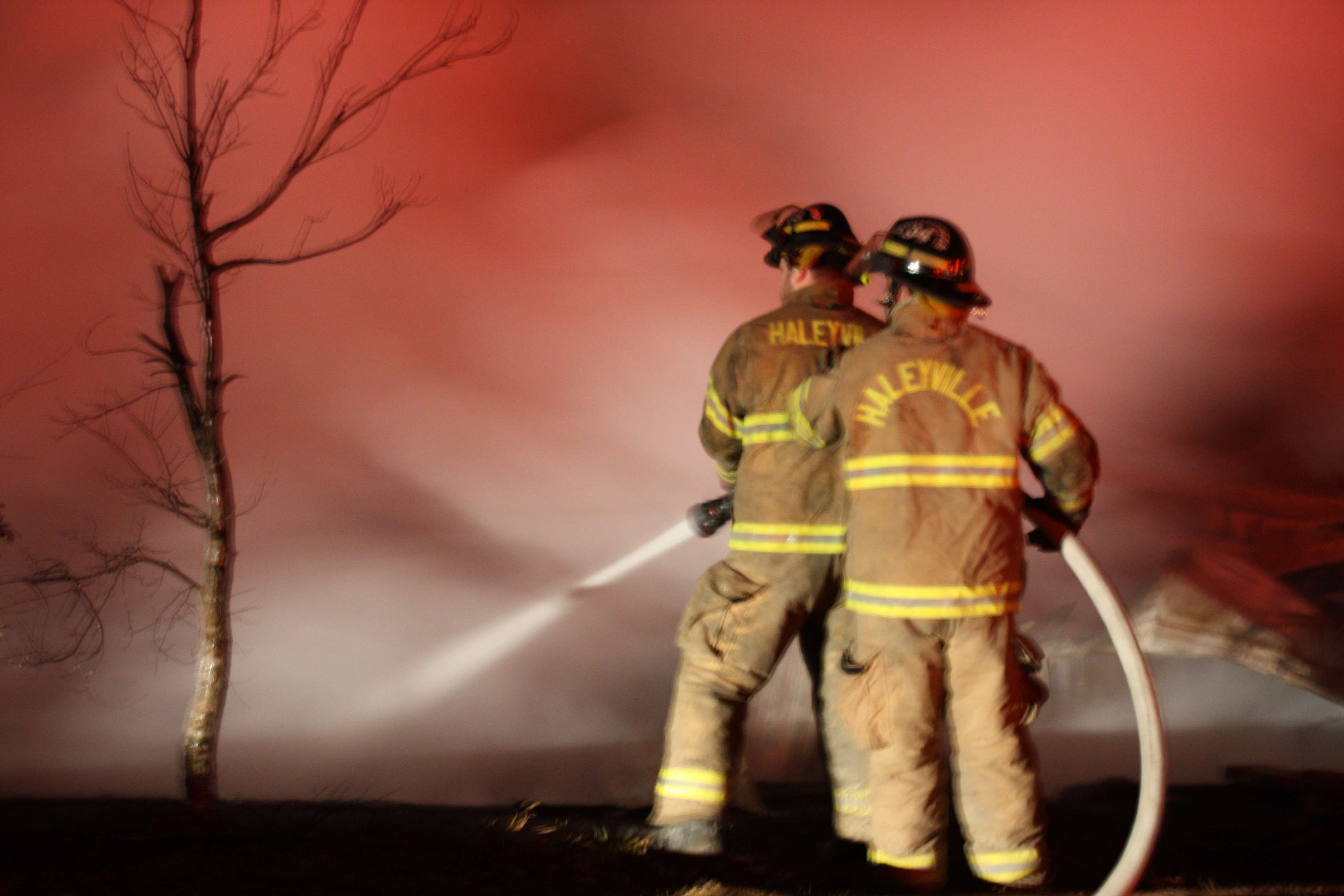 With a 9 mph wind and a temperature of 31, yielding a wind chill factor of 23 degrees, Haleyville firemen responded to a mobile home fire at 12:30 a.m. on CR 3413, just north of the Haleyville airport. The structure was completely destroyed and on the ground by the time firemen arrived. Their response was quick, however no one in any of the neighborhood had called in the fire, thus delaying the response. In a technological twist, the fire was called in by an Alabama Power lineman who had responded to a power outage alert from the power meter caused by the fire. The new meters know when there is an electrical problem and notifies the power company which dispatched a lineman to check the problem. Upon discovering the fire, the lineman had to drive back toward the airport until he could establish cell service to call in the fire. The mobile home was apparently unoccupied at the time of the fire.