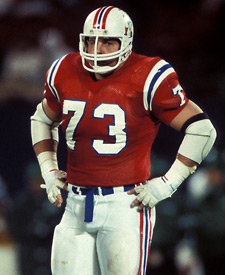 The club invites all to come celebrate the 2010 Haleyville Lions Football team as they are given the annual awards.

Dinner will be catered by Venita's Galley and guests have a choice of a Ribeye Steak or Grilled Chicken Breast with salad, side and dessert.

The Guest Speaker for this years banquet is John Hannah. Hannah was a star player at the University of Alabama and was named a two-time All-American, University of Alabama All-Century team member, and College Football Hall of Fame Inductee in 1999. Hannah went on to become the 1st Round Draft Pick by the New England Patriots in 1973. Hannah played all 13 years of his NFL career with the Patriots, being named All-Pro 10 times and appearing in 9 Pro Bowls. Hannah is a member of the 75th Anniversary NFL All-Time Team and was inducted into the NFL Hall of Fame in 1991.

Tickets for this event may be purchased in advance at Traders & Farmers Bank, Main Branch; First National Bank, Haleyville; and at select home basketball games. Tickets are $12 per person and you must make your choice of chicken or steak when purchasing tickets. Plan to join the Haleyville Lions Club and the 2010 Haleyville Football Lions for this night of celebration and entertainment.