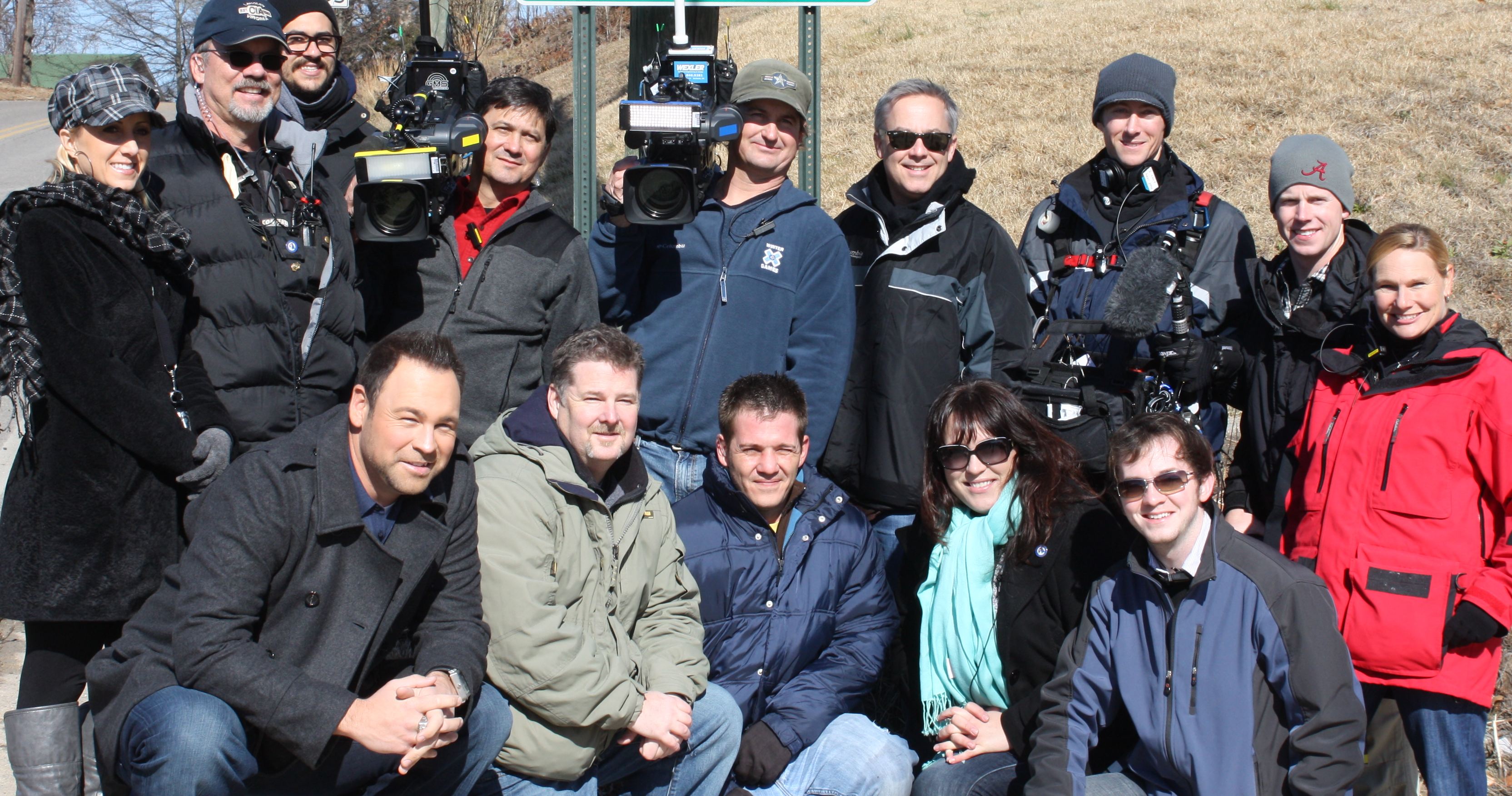 Long Pond Media, an independent television production company based in Hollywood, CA had a crew in Haleyville this past weekend shooting a segment for a series being produced for Lifetime Network. The company is producing a series of shows scheduled to air beginning in March. The series will be entitled "Coming Home" with the production in Haleyville centering on SRA Mark Forester. Interviews with family and friends and an F-18 fly-by at Winston Memorial were all captured for the program from Friday through Sunday.

With most production companies, there is an executive producer who oversees the project. The team consists of production assistants, camera, sound and lighting specialists and interns. Crews are usually hired individually from the nearest major cities which have the trained and experienced personnel for the job. Several members of the crew working in Haleyville were from Birmingham and Nashville.

To professionally produce even a short video is very expensive considering the cost of equipment, personnel and travel involved. This was a three camera shoot using Sony high definition cameras. To maximize the most production in the shortest time the crews are broken down into units which shoot different scenes in different places at the same time. For instance, one camera may be shooting an interview, while another is shooting an "establishing" shot in the community. This past Saturday morning, all three cameras were at the same place at the same time for a scene that could not be easily duplicated, the F-18 fly-by.

The video shot in Haleyville will be edited, voice overs added and prepared for broadcast by a different team of experts in post production in Hollywood.  This process usually takes several weeks to complete. The result of their work can be seen in March, if you have Lifetime Network. We will keep you informed as to the exact date.