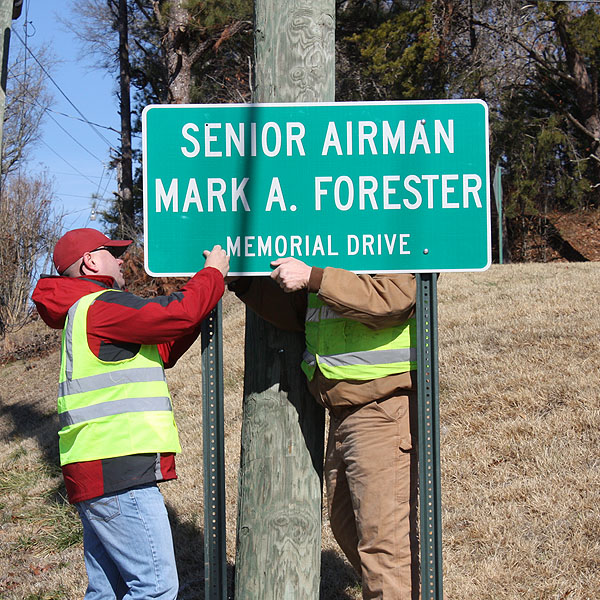 Dime Road has been dedicated to the memory of Air Force Senior Airman Mark A. Forester, HHS Class of 1999.

Forester was killed in action September 29, 2010, in Afghanistan while embedded with his Green Beret (Army Special Forces) Team and was laid to rest at Winston Memorial Cemetery October 7, 2010, with full military honors. He grew up just off Dime Road.

Haleyville Mayor Ken Sunseri said, "This shows the community's dedication to the memory of Mark."

The Winston County and Franklin County commissions coordinated the dedication of Dime Road. Dime Road is Winston CR7 and Franklin CR71. It stretches from AL13 to Franklin CR79. The I-22 Connector (AL13) will eventually intersect with it. Eleven signs, indicating the road as "Senior Airman Mark A. Forester Memorial Drive," will be placed on the stretch.