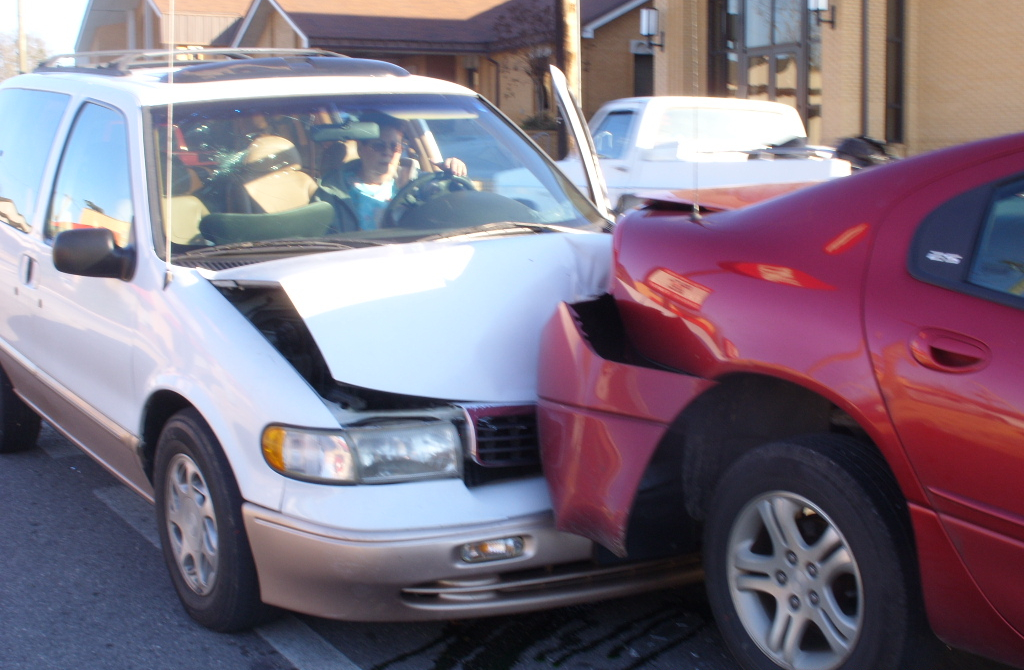 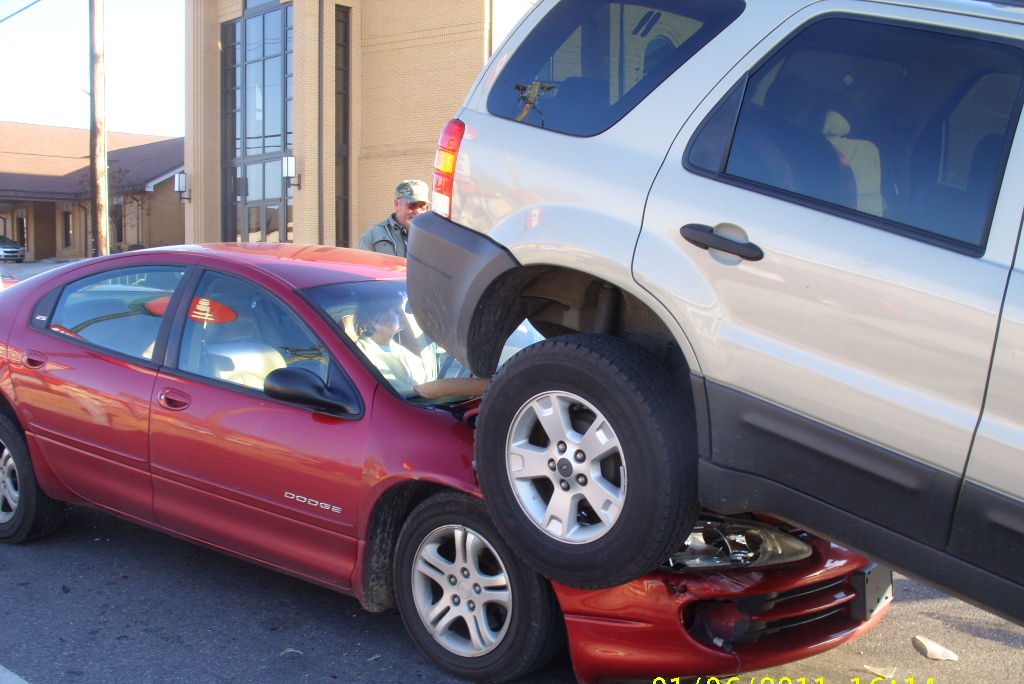 Two people were transported to Lakeland Hospital following a four vehicle collision Thursday afternoon on Highway 195 at the intersection of Highway 13. A white Mercury first struck the rear of a red Dodge Intrepid, which in turn struck the rear of a white Ford, going up underneath it. The Ford was pushed forward and struck the rear of a bright yellow 10 - 11 year old mid-sized pickup. The drivers of the two middle vehicles were the only reported injuries. Haleyville police would like to talk with the driver of the yellow pickup, who apparently drove away after being rear ended. Please contact the Haleyville police at 486-5201