More than five inches of rain fell on Haleyville New Year's Eve night and New Year's Day morning causing flooding and washing away parts of roads and drainage culverts. The most serious damage occurred along HWY13 from 9th Ave to the North. A drainage culvert was ripped apart and the land around was washed away with the rush of water.

The City Council delcared a state of emergency at its Tuesday meeting so that repairs could proceed immediately. Mayor Ken Sunseri asked the State for help, but there will be no help. The City will have to expend at least $13,000 for material, plus labor. 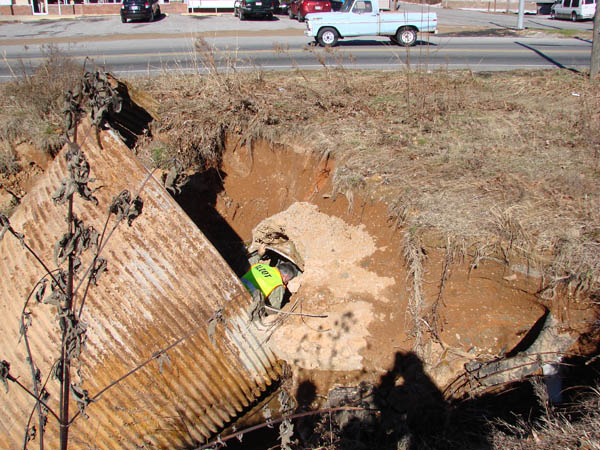 In other action Tuesday, the Council approved advertising for a part-time Park and Recreation Recreational Assistant; approved Municipal Court dates for 2011; and moved its January 17 meeting to one day later.

The next meeting of the Council will be Tuesday, January 18, 6 PM, City Hall.