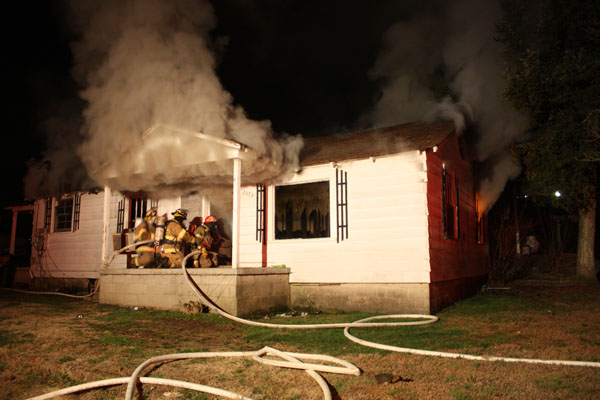 Fire damaged a house in the 2000-block of 20th Avenue Monday night; the same house located behind the Chevron station which was the location of a meth lab in December.

Haleyville firefighters responded shortly after 7 PM to the fire call and quickly brought the fire under control. Although radio calls mentioned drugs, the police were unable to confirm Monday night if the fire was caused by a meth lab.

On December 24, Haleyville Police served a search warrant on the same house and discovered an active meth lab cooking.