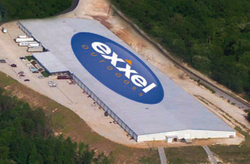 Exxel Outdoors has announced that it will expand beginning in January.

Exxel, the only major sleeping bag factory in the United States, will commence the first phase of its expansion, adding jobs and increasing production by 33% at the 250,000 square foot facility.

Senator Jeff Sessions (R-AL) said, “This loophole is threatening the future of the Exxel plant in Haleyville, a wonderful business and the largest manufacturer of sleeping bags in our country.”

“For this reason, I have not allowed a trade bill to move forward that would preserve this unjust loophole, a loophole which violates our nation’s longstanding trade principles,” Sessions added.

“Because of their tenacious efforts, the playing field is more level,” remarked Exxel Outdoors President Armen Kouleyan. “We’ll now be able to resume our trend of bringing jobs back home, and more American-made sleeping bags will be found on store shelves.”

Exxel Outdoors purchased the Haleyville sleeping bag factory in 2000, when it was slated for closure. Kazazian and Kouleyan hired the workers back and teamed with them to make the factory competitive with Chinese sleeping bag imports.

Starting in 2007, Exxel gradually shut down their own sleeping bag operations in China to shift production to the U.S., expanding their Alabama workforce by 20 %. Currently they are producing the majority of their sleeping bags in America and are striving to bring all of their production back here.

“We’re so proud of our Alabama employees – their ingenuity and their will,” said Kouleyan. “Thanks to them, when all of our competitors moved offshore we were able to stay in the U.S. and thrive.”