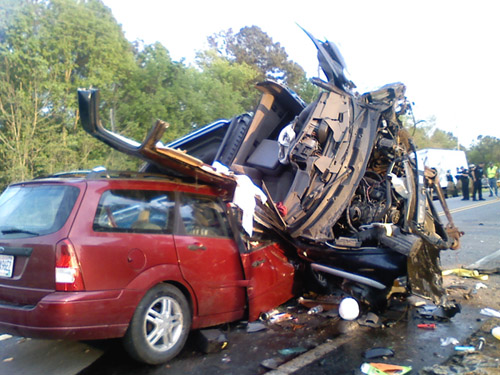 A three-vehicle collision on HWY13 S at approximatetly 5 PM Wednesday injured three people and claimed the life of another. Harold Ed Bass, 84, of CR59 in Haleyville, died at Trinity Medical Center in Birmingham as a result of his injuries.

Haleyville Fire, assisted by Delmar Fire, had to extract all four victims. Two helicopters were needed for the injured. Winston County Sheriff's deputies assisted with traffic control on the south side of the accident scene.

Haleyville Police Chief Kyle Reogas said that the cause of the accident is under investigation. He also thanked the deputies, "They were very beneficial to us."