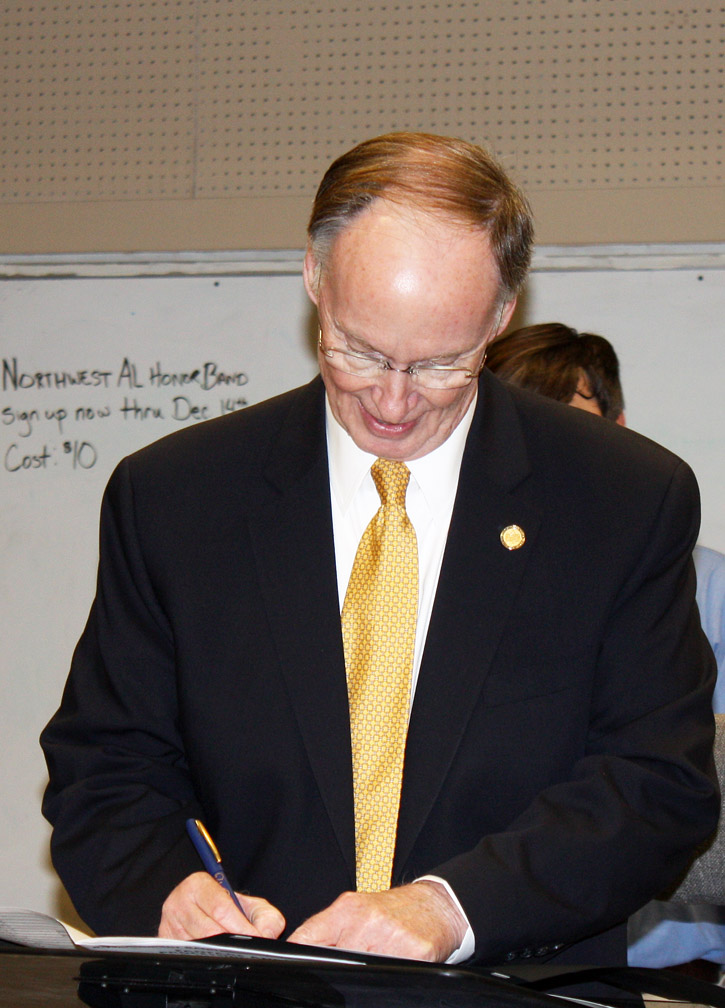 HHS Band Director Reggie Tolbert had his rehearsal interrupted Thursday afternoon. He and everyone in the Band Room were surprised when Governor Robert Bentley walked through the door.

Bentley, in town to meet business and civic leaders as part of his “Road to Economic Recovery” tour, stopped at HHS to present the band with a Certificate of Recognition for its performance at the Tennessee Valley Invitational Marching Band Competition. He signed the certificate in front of the band then it treated him to some music.

Bentley spent most of his day in Haleyville, meeting with area leaders, having lunch at Family and Friends BBQ, visiting Harden Manufacturing and finally surprising the Band during rehearsal.