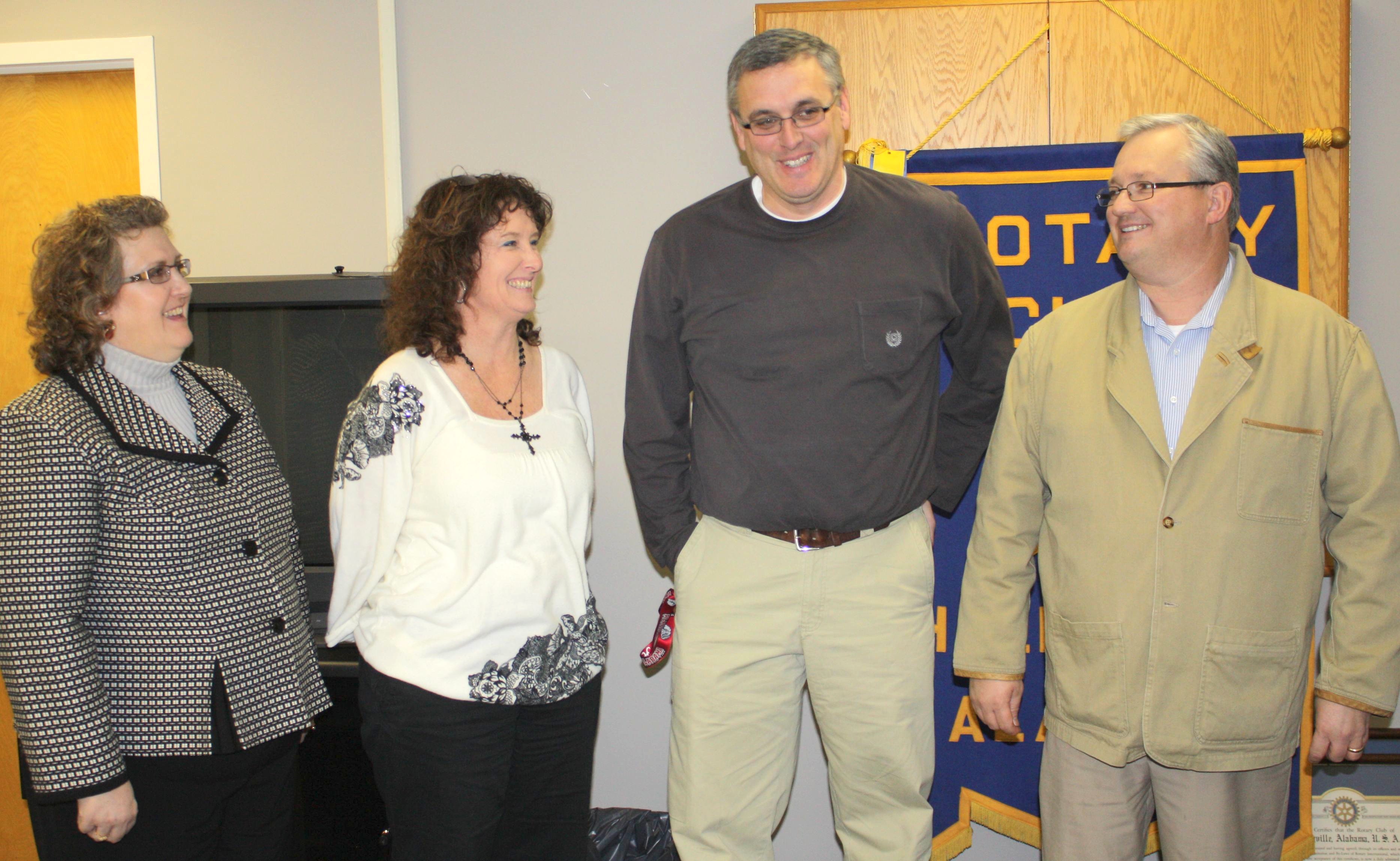 The Haleyville Rotary Club recently presented three $500 checks to the Haleyville Schools' Renaissance Program. The money was made from the Rotary sponsored Renaissance Steak Dinner held earlier in the fall. The $1500 will be used to help fund the student incentive program now in its fifth year. The program has had very positive results, especially in attendance, according to Russ O'Rear, principal of the Haleyville Middle School, (HMS). Attitude, attendance and academic improvements are goals of the program.

Money raised for the program is used to fund rallies, special events and rewards such as tee shirts. O'Rear stated that many of the rewards or incentives are very inexpensive such as a card allowing a student to go to lunch three minutes earlier and be at the head of the line. "That's a big deal to the students."

In it's fifth year, the Haleyville Renaissance Program has had very positive results, according to all three school principals. However, HHS principal Roger Satcher stated: "parents who show they care and make an effort to support their children in their school work is the best way to lower the dropout rate and have a student graduate from high school." "Involved parents make a difference."