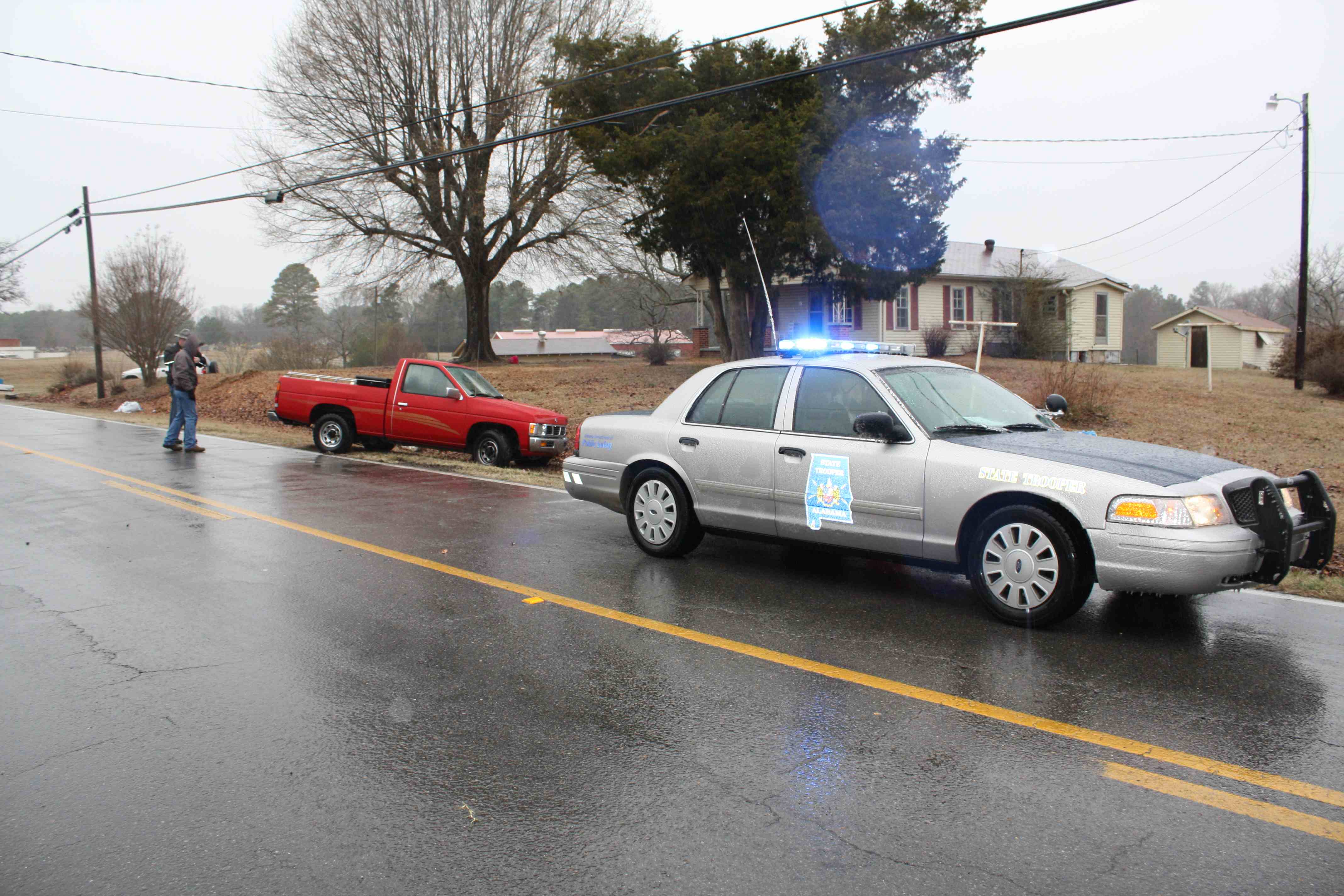 One person was reported injured in a single vehicle accident in the Pebble Community and was transported to Lakeland Hospital by private auto. Policemen in Haleyville and several surrounding towns, along with Alabama State Troopers have been busy this morning answering calls to several locations in an attempt to keep the roads clear. A three vehicle accident on Highway 195 had no injures but the highway was blocked while a wrecker cleared the road. Police and State Troopers request you stay off the highways until warmer weather melts the ice. The roads have a thin coat of ice, which makes it virtually impossible to drive on safely.