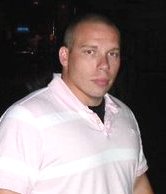 Haleyville Police Officer Shane Whitten was released from Lakeland Community Hospital early Monday after a Sunday night car and foot pursuit in the county, according to Police Chief Kyle Reogas.

Whitten, 26, and Officer Andy Marbutt assisted Winston County Sheriff's deputies in a pursuit from Macedonia Road out to US278 near CR443. A foot pursuit ensued and the suspect was taken into custody.

En route back to the city, Whitten developed chest pains, difficulty breathing and nausea. He stopped on CR17 just before AL13. He was transported by ambulance to LCH.

Reogas, Mayor Ken Sunseri and Councilmember Drew Thrasher were at the hospital.

According to Whitten's facebook page, he was home, resting and feeling better Monday. Reogas said that Whitten's condition was caused by breathing in sub-freezing air through the mouth rather than the nose while running.