An accident involving an 18-wheeler and a sedan on HWY13 south of Delmar Thursday around 1 PM killed both drivers and shut down the highway until around 8 PM.

Winston County Coroner Larry Gilliland has identified the driver of the truck as Robert Eugene Clements, 38, of West Blocton, Ala.  The truck was owned by Michael T. Howard Trucking of Woodstock, Ala.

Gilliland has also identified the woman driving the sedan. The release of her identity is pending notification of her family.

Alabama State Troopers are investigating. The absence of skid marks and the positioning of the vehicles baffled one firefighter. Troopers closed HWY13 Friday morning to continue their investigation.

The 18-wheeler, which was carrying lumber northbound, left the road and caught fire. Firefighters fought for almost three hours to extinguish it. Clements never made it out of his rig. Firefighters and rescue personnel were finally able to remove the his body at 2:45 PM.

The driver of the sedan probably died on impact, one source said. The damage to her car was extensive and firefighters had to wait for clearance from State Troopers to extract the driver. Her car was pulled from the ditch where it had landed and then was cut open in order to extract her body. One firefighter said, “That's the worst I have ever seen.” 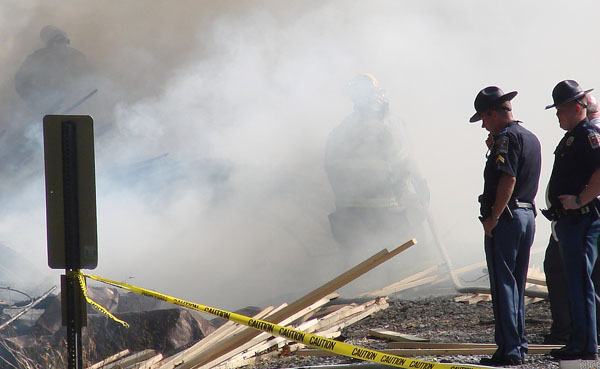 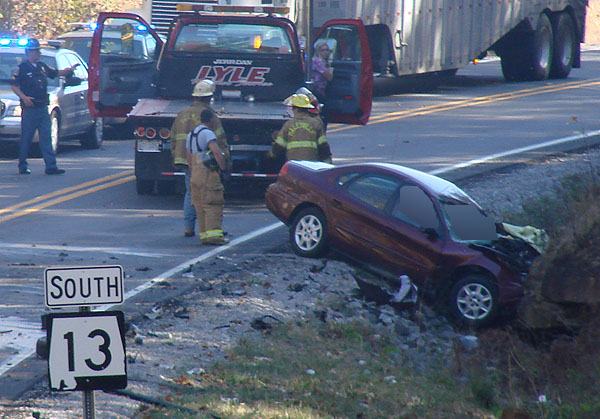