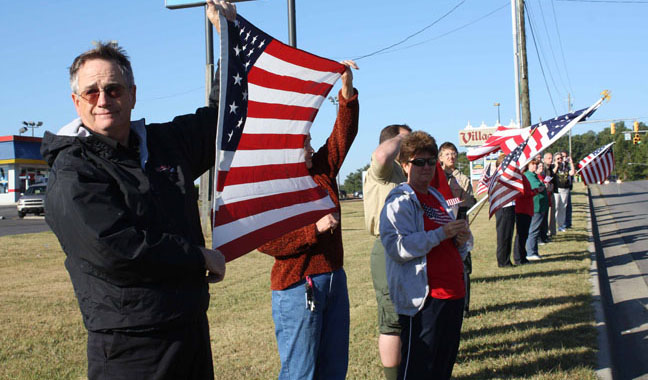 Hundreds of people lined the motorcade route early Tuesday morning to pay their respects and to honor US Air Force Senior Airman Mark Forester, of Haleyville, who was killed in action in Afghanistan last Wednesday. A private jet carrying his remains arrived at Posey Field shortly after 8 in the morning, where it was met by family members and officials from the City of Haleyville and the United States Air Force. The motorcade carried Forester's remains to Pinkard Funeral Home through crowds of people displaying American flags, weeping, saluting and with hands over hearts.

Visitation will be Wednesday evening from 5 until 9 at Pinkard Funeral Home. Overflow parking will be at the 21st Street Gym and a shuttle service will be provided at that location to and from the funeral home.