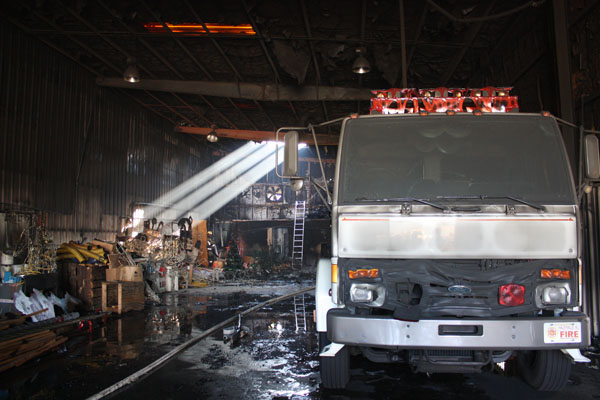 An early morning fire Sunday heavily damaged Haleyville Fire/Rescue Station #2 at Haleyville Airport. Haleyville Police Officer Michael Glasheen was on his way out of the airport when he noticed that the back corner of the building was scorched. "There was no smoke, no fire, no smell, but that didn't look right," Glasheen said. He pulled around to the front and touched the door; it was hot. He called for the alarm.

“We lost all of our Christmas By The Lake [items],” Haleyville Fire Chief Phillip Weaver said. Pumper #1, a 1994 truck pictured above, sustained heavy damage. "I don't think we can repair it," Weaver added. The rescue van was at Station #1 and not its usual location at Station #2.