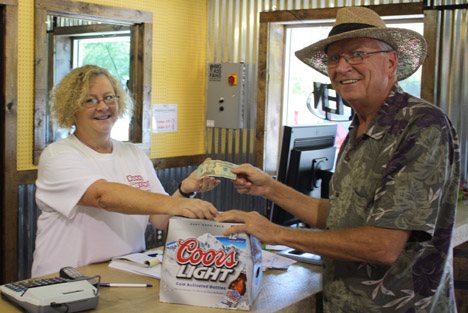 Scot's Kwik Mart and House of Brews have received their licenses and the first beer in Haleyville was sold at 12 Noon Tuesday. Harold Bearden and Michael Stroisch purchased the first packages. A can from Stroisch's 12-pack and Bearden's 12-pack have been donated to an HBTV auction.

HBTV will auction these items and the proceeds will be given to the Christmas at the Lake program. Bidding starts at $100 and are to be sent to HBTV via email only at HBTV@centurytel.net. The highest bidder as of Friday, October 1, 12 Noon, will have his choice of one of the two items. The second highest bidder will receive the other. The items have been secured at the HBTV Climate Control Center. 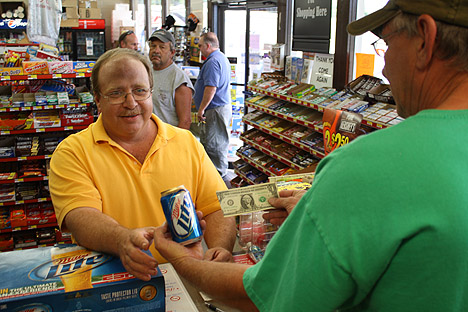 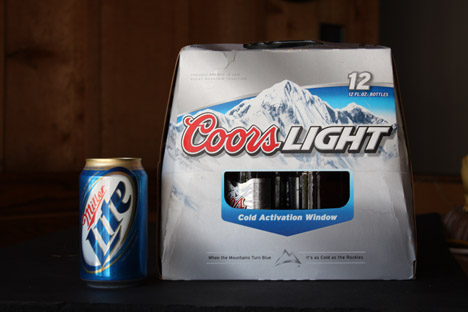