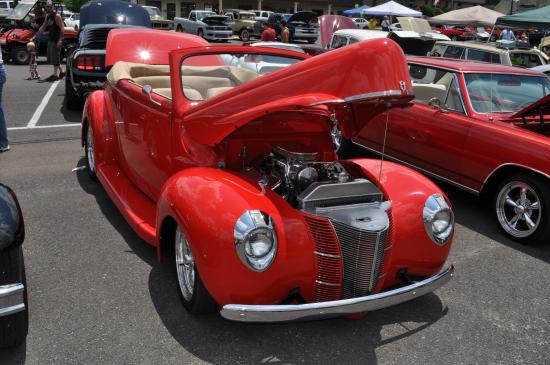 The Lion's Club 2nd Annual Show and Shine Car Show held Saturday, June 12, was a great success. There were 79 entries in the show this year bringing more than twice the participation from the 2009 show. The Lion's Club would like to thank everyone who made this year's show a success, especially the participants who brought great cars, trucks, custom rods and motorcycles. The Lion's Club recognizes two entries each year and this year's winners were:  Best in Show, Terry Jones from Russellville, with a beautiful, red 1940 Ford Convertible; and the Mayor's Choice, Sonny Wakefield from Jasper, with his orange 1935 Plymouth. Derral Dobbs won $250 in the 50/50 raffle. The 3rd Annual Crusin' With the Lions Show will be held in conjunction with the Haleyville 911 Festival in 2011. [Photo Album]