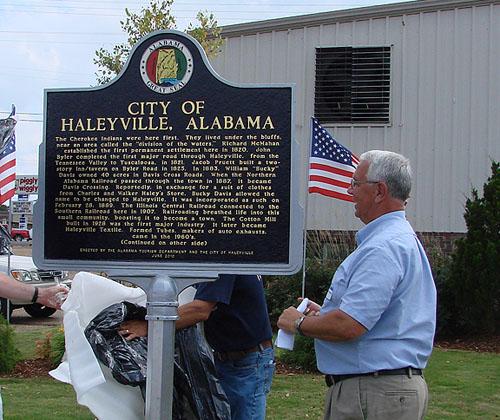 Mayor Ken Sunseri, with almost 100 people gathered, unveiled a new historical marker at the Downtown Park Saturday. The unveiling was followed by a walking tour, narrated by Jerry Jackson. Mr. and Mrs. Cecil Batchelor attended the unveiling. The program concluded at the Haleyville Public Library, where "Reforestation" was unveiled. The painting by Robert Raburn is a reproduction of a mural painted in the 1940s on the wall of the post office. The reproduction now hangs on that wall. [Photo Album]