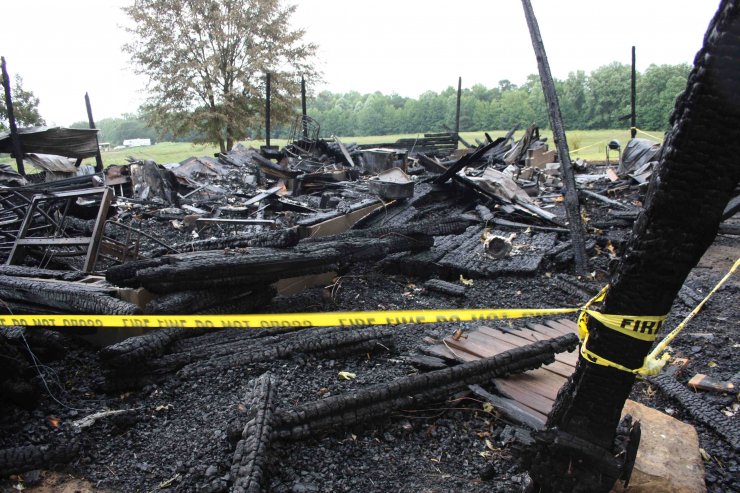 A fire resulted in the arrests of two for arson. The Bear Creek Fire Department called the Haleyville Fire Department for assistance on a house fire Saturday night July 2 around 11 p.m. The fire ultimately destroyed a large log cabin type house which burned well into Sunday morning. The home was owned by Luther Jackson (Jacky) Barnett Jr., 620 Edge Road, Phil Campbell, located just off Marion County 65 north of Bear Creek. Jacky Barnett was reportedly out of town at the time of the fire.

During the interview process, Whitten and the Fire Marshall had one of the offenders cooperate with the officers who gave information as to how and where he had started the fire. Given that information, two arrests were made early Sunday morning including Jacky Barnett and his brother Keith Barnett. Both were transported to the Marion County jail and charged with 2nd degree arson. Bond was set Tuesday for $175,000 each.

Other sources confirmed Barnett had recently had domestic problems and had seperated from his wife and was having personal financial problems.

Another fire associated with Jacky Barnett was the Paradise Canyon Cabin fire on August 25, 2014 right after it was announced the company would move it's operation to Hamilton from Marion County Highway 62 between Haleyville and Bear Creek. That fire was also investigated by the State Fire Marshall's office. Due to the intensity of the fire, no creditable evidence was obtained for any charges to be brought at that time but the case was still open. See stories in the HBTV archives: http://www.hbtv.us/news/index.php?story_id=2265 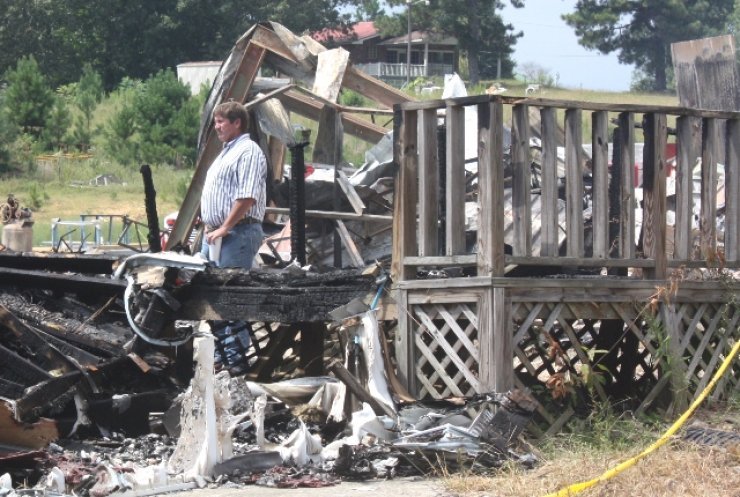