Finally, After 40 years I-22 is Officially Open 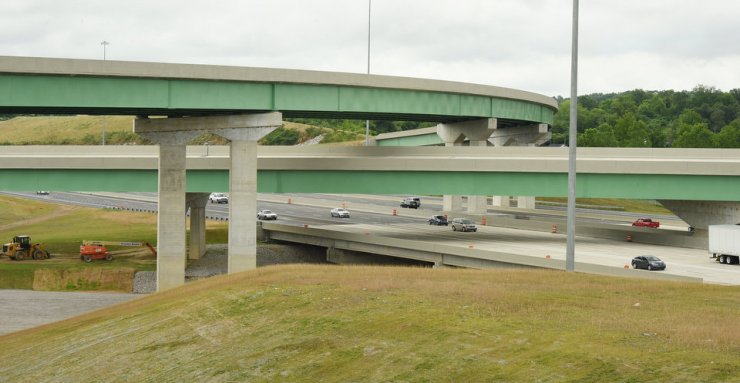 The long-awaited and expensive I-22 interchange with I-65 is now officially open and drivers no longer have to take the detour to get on I-65. Over four decades in the planning and construction, but talked about 60 years ago, Corridor X is now officially I-22 linking Birmingham with Memphis, replacing Highway 78 which previously connected the two cities by way of Tupelo. Elvis was once a truck driver on Highway 78.

Governor Robert Bentley, along with several other elected dignitaries were on hand Monday morning to cut the ribbon of the just completed intersection. The intersection along cost $168 million. The new intersection will cut several minutes off the travel time to or from Birmingham by way of I-22.