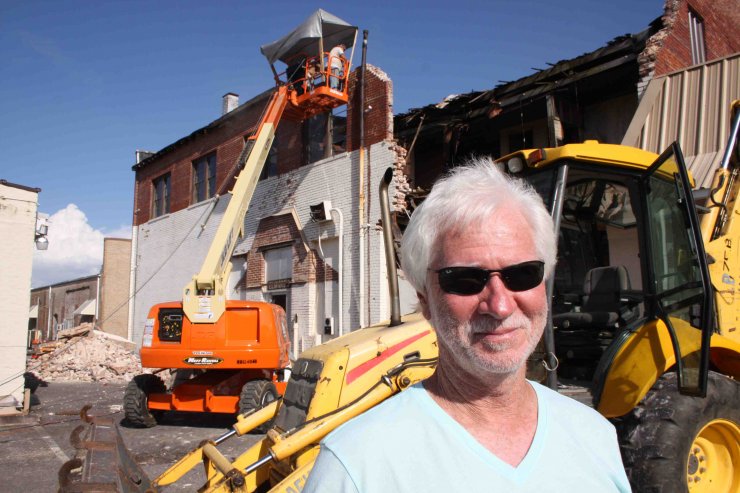 Butch Benton purchased the old V.J. Elmore Dime Store Building in Haleyville and is presently having it razed. He has no definitive plans at this time as to what will be built in it's place at but his present goal is a clean vacant lot.  The structure was built in the 20's or 30's and initially housed a drug store downstairs and a hotel upstairs. Later, the downstairs became the beloved dime store most Haleyville citizens remember The upstairs became offices for Doctor Godsey, a law office and in the early 50's a beauty shop. The two-story structure and a basement had 8,000 square feet per floor.

Benton is carefully removing and hopes to sell the antique interior doors and transoms, lavatories and metal ceiling pieces. The exterior brick is also valuable because it is solid and heavier than brick currently made.

Butch has acquired several pieces of commercial property over the years with the intention of improving Haleyville as a whole. Once a determination is made as the use of the property now being razed, you can read about it on HBTV.us or hear about it on Paradise 92.7 news four times daily.