Two Saved From Fire by Neighbor 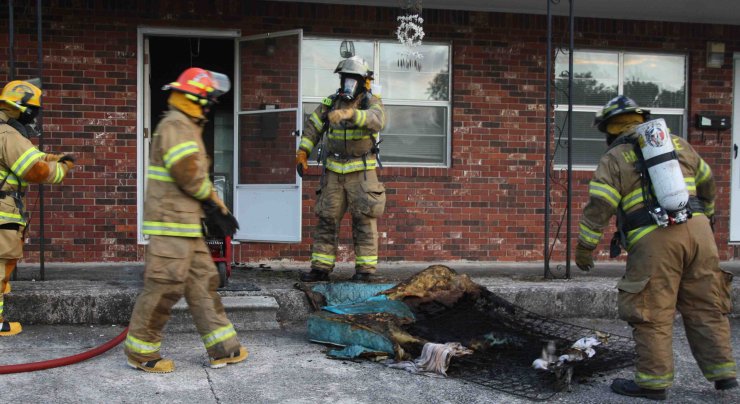 A fire in apartment 2 of the Downtown Apartments at 12th Avenue and 21st Street Tuesday evening caused mostly smoke damage. A tragedy was averted when reportedly a neighbor, Zane Crutcher who saw smoke and flames coming from the front windows rushed across the street and assisted the two occupants, an elderly lady, and small child, out to safety. He then used another neighbor's small fire extinguisher to extinguish the fire. Meanwhile, Zane's wife called 9-1-1 and members of the Haleyville Fire Department quickly and made sure the fire was out and removed the burned bed mattresses from the apartment and blew out the smoke with a fan. The cause of the fire is unknown.