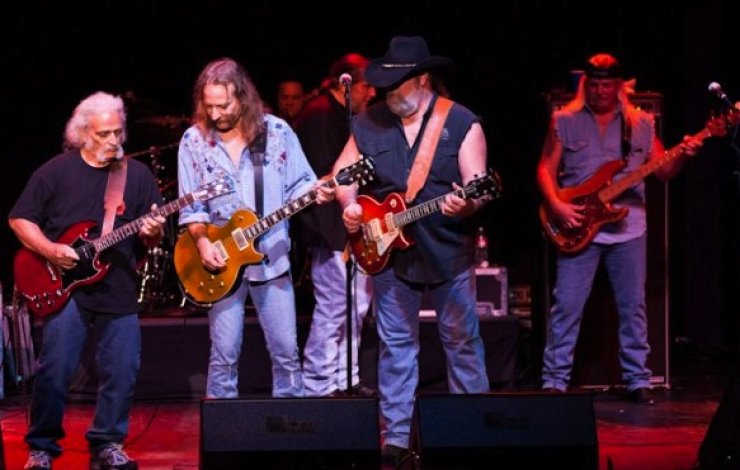 On Saturday, May 21, at 6:30 p.m. a benefit concert featuring The Marshall Tucker Band and Wet Willie will be held in downtown Sheffield (on Montgomery Ave.). The concert will be the sixth annual Sheffield Street Party to benefit the Northwest-Shoals Community College (NW-SCC) Foundation scholarship fund.

Along with The Marshall Tucker Band and Wet Willie, the concert will also feature the Fiddleworms.

The Marshall Tucker Band hails from Spartanburg, South Carolina, and has been a recognizable sound in the music industry for over 40 years. One of the band’s most recognizable hits is Can’t You See (Platinum Album, Greatest Hits), Heard It in a Love Song (Platinum Album, Carolina Dreams) and Fire on a Mountain. The Marshall Tucker Band hit, Can't You See made it into the box office as it was used in the Kevin Costner 2008 movie, Swing Vote, and the 2001 film, Blow.

The group has scored five gold and two platinum albums. The Marshall Tucker Band was even nominated for a Grammy award in 1977 for the lyrics to the hit, Long Hard Ride.

Similar to the Marshall Tucker Band, Wet Willie, a 2016 Alabama Music Hall of Fame Inductee, has been a Southern Rock icon for more than 40 years with their blend of R&B, soul, blues rock and gospel harmonies. Wet Willie features frontman, Jimmy Hall, who is known for his vocals, harmonica and sax skills. The group is best known for their 1974 hit, Keep On Smilin’.