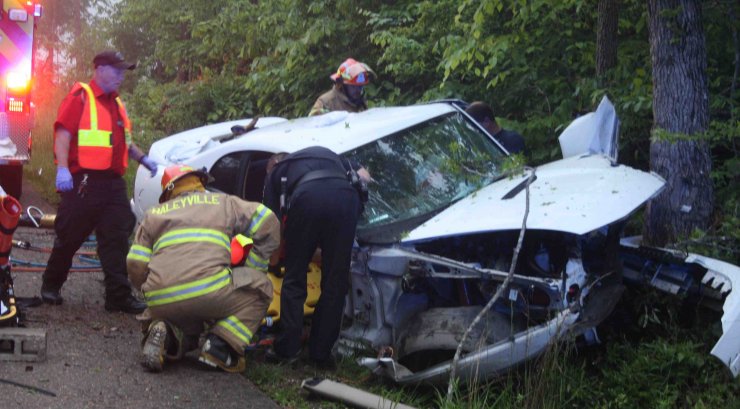 The Haleyville Police and Fire Departments responded to a single vehicle crash Monday morning at 5:55 a.m. on 7th Avenue just south of Mineral Springs. The driver, the sole occupant, of a late model Mustang was entrapped in his car after leaving the street and crashing into a tree.

The driver, Michael Ellis Clark, 23, Bear Creek, was seriously injured and his car totaled as a result of the crash. Clark was transported by ambulance to Lakeland ER. The accident is being investigated by the Haleyville Police Department.