Guthrie's, which began in Haleyville 50 years ago is in the top bracket in a contest on AL.COM. You can still vote thru Saturday. 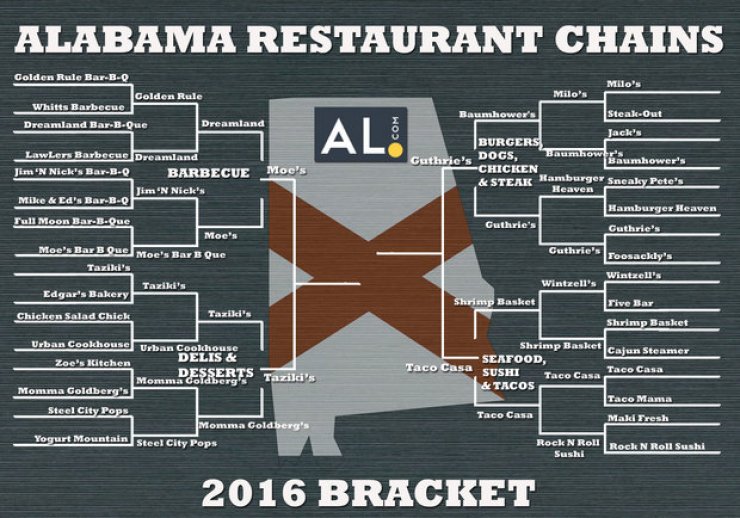 Our online version of March Madness began with a field of 32 restaurant chains with Alabama roots.

To qualify for our tournament, a restaurant needs to have at least three locations, and it must be headquartered in Alabama, have started here, and/or was founded by someone from the state.

The restaurants have met in head-to-head match-ups -- advancing to the Sweet 16, the Elite 8 and now the Final 4 -- much like in the NCAA Basketball Tournament.

Here are the Final 4 match-ups:

NOTE: The poll to determine the Final 4 was inadvertently left open longer than intended, which extended the voting period. Click here to see those final results.

Fourth-round voting begins today and continues through 9 p.m. CDT on Saturday, April 2. Those winners will advance to the championship round, which we will reveal on Sunday, April 3

To vote, click here and go to the bottom of the article: http://www.al.com/entertainment/index.ssf/2016/03/alabamas_best_restaurant_chain_1.html