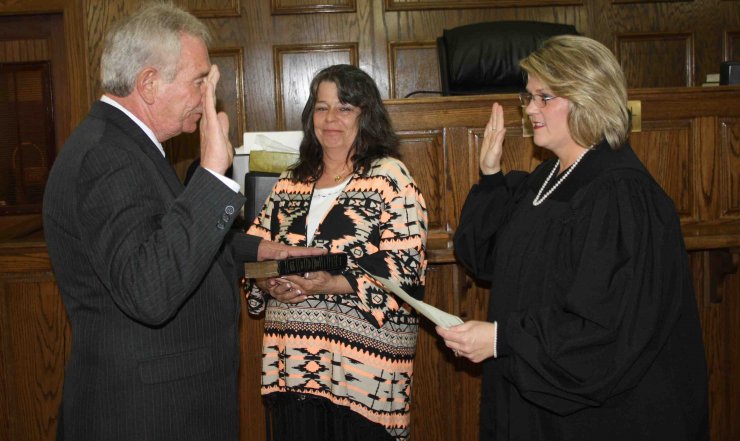 Monday evening, in a courtroom filled with family, friends and supporters, Tommy Moore was sworn in as the Sheriff of Winston County by Probate Judge Shelia Moore. Holding the Bible is Shelia Moore, wife of Tommy Moore. Sheriff Moore was appointed by Governor Bentley to serve the next three years following the resignation of Hobby Walker. Sheriff Moore has 27 years experience in law enforcement and 18 years as investigator for the District Attorney. Moore stated in an interview with Paradise 92.7, his first goal is to get the deputies back out into the county and interface better with the public. Narcotics was at the top of the list for illegal activity. Meth, specifically Ice, a more concentrated version of meth is at the top of the list of problems he faces. He said he plans to establish a form of a drug task force to help alleviate the drug problem. No changes in the Sheriff's Department personnel are planned at this time.