Sheriff Walker said they had both started a security company and that it conflicted with their official duties. Walker explained, if there was an incident such as a theft at a house the two had under contract, neither could be utilized to conduct an investigation. Plus their job entailed being on call 24/7 and working another job would make that impractical. He stated he had instructed both Green and Moody to either terminate their company or resign from the Sheriff's Department. Because they did not do either, Walker stated both were terminated because he felt he could not trust them to do as instructed.

Green stated their company was not a "security" company and has never been portrayed as such.

Sheriff Walker also stated since they both worked "at will" for the Sheriff, he did not need to provide due process because had the right to terminate anyone at will.

Green and Moody retained an attorney and filed a Notice of Request for Grievance and/or Appeal to Personnel Board in December but there was no response to the notice. On January 13, 2016, a complaint was filed in the Circuit Court of Winston County alleging they were both denied due process on their termination. The two alleged wrongful termination as a result of an incident involving the Sheriff asking the two to commit an illegal act by furnishing the Sheriff with marijuana from evidence they had obtained for a drug case. 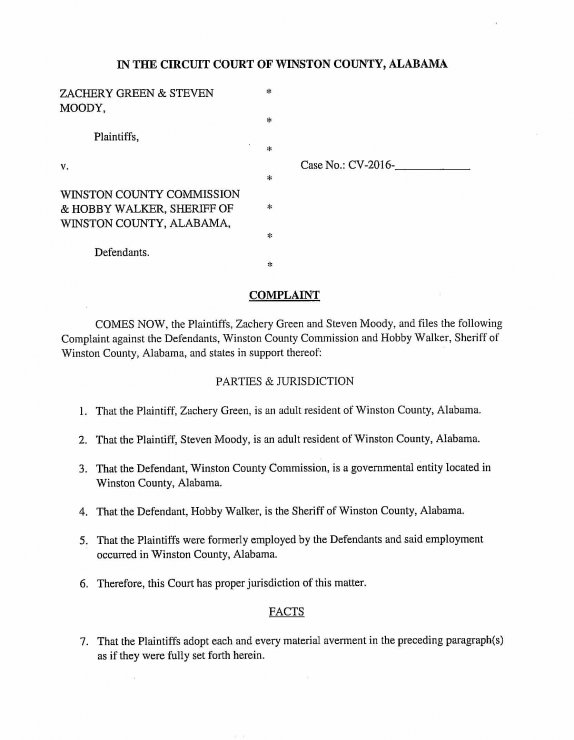 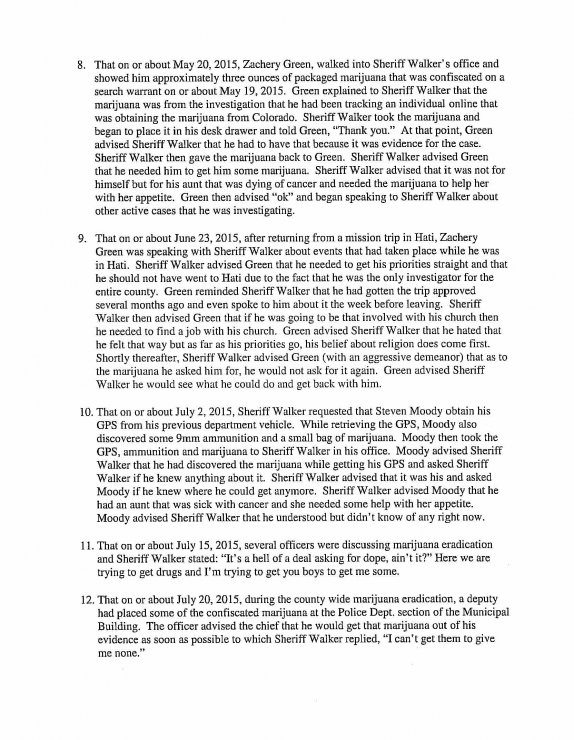 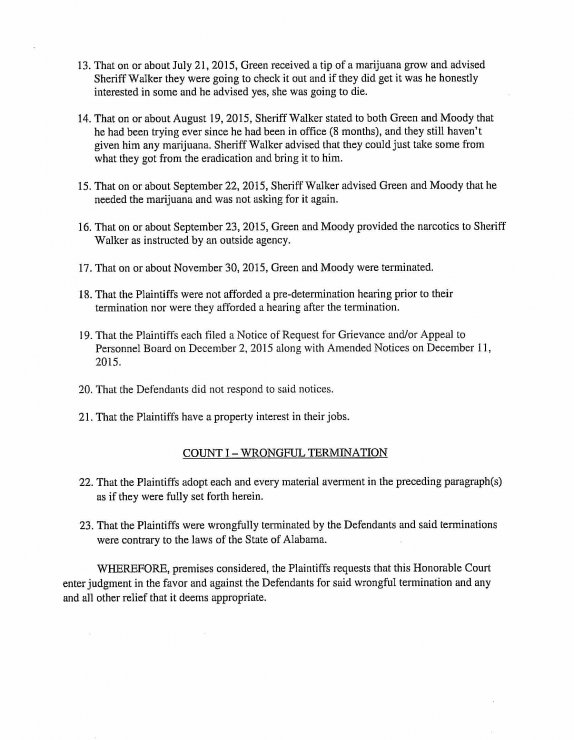 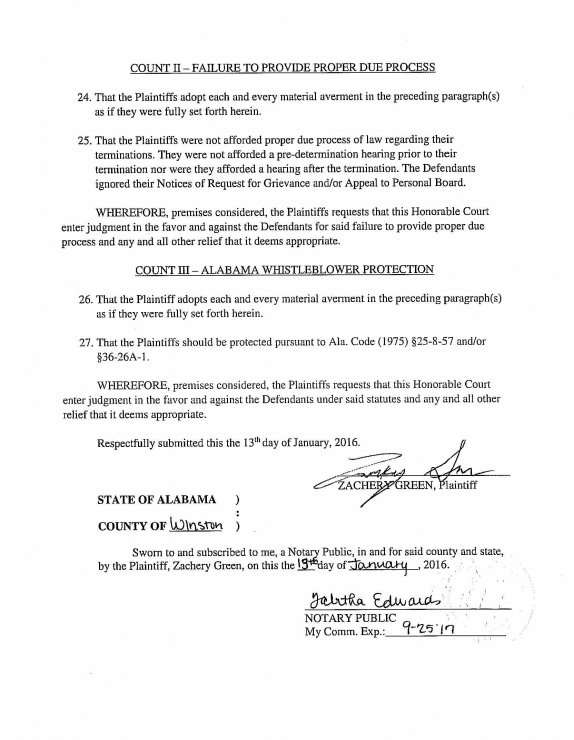 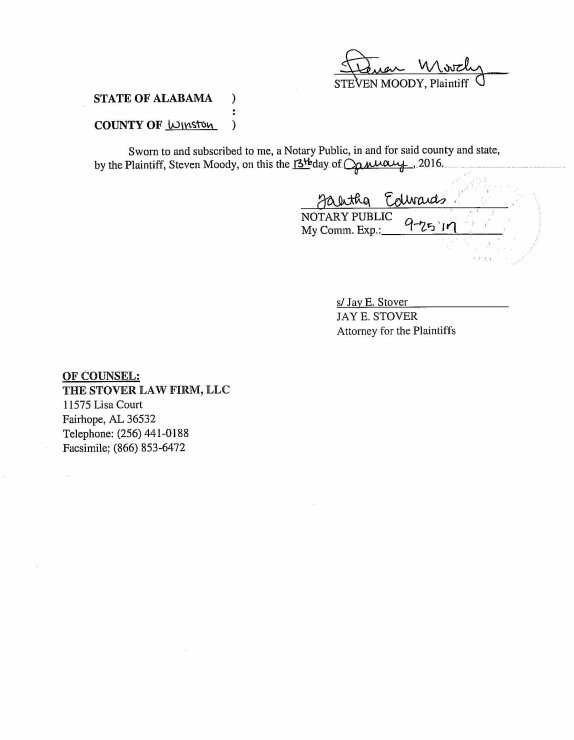