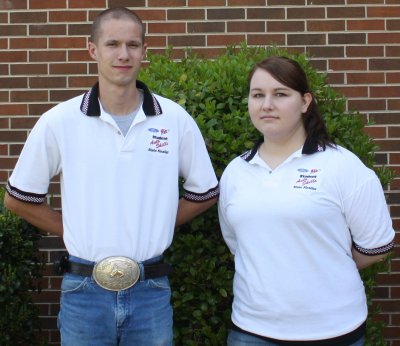 Haleyville High School students Todd Hood and Kelsey Barnes have won over $60,000 in scholarships and an all expense paid trip to Dearborn, Michigan this summer. Placing first in state competition Todd and Kelsey first competed with 60 other auto technology departments on a 50 question test. Scoring third in the state and the top 10 highest written scores, they then went to Barber's Motor Sports Park and competed in the Ford/AAA Student Auto Skills Competition placing first in the state.

This is the first time a female/male team has ever won an Alabama State Championship for auto technology. The HHS auto technology department placed second in the World of Wheels Show in Birmingham recently for a student constructed Cobra sports car.