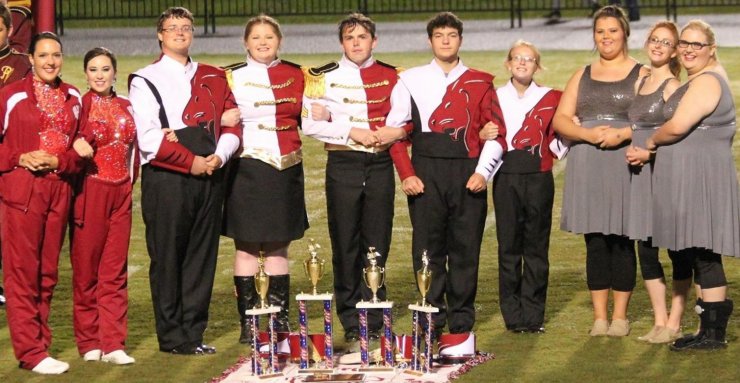 The scores were all 1's, or Superior.

The HHS band won the "Sonny Tolbert Award for Excellence" Class 3A. This award is awarded to bands with all superior ratings. The score sheets revealed HHS band finished second in class to Scottsboro by 0.67 points. Band director Reggie Tolbert stated he was super proud of his students!