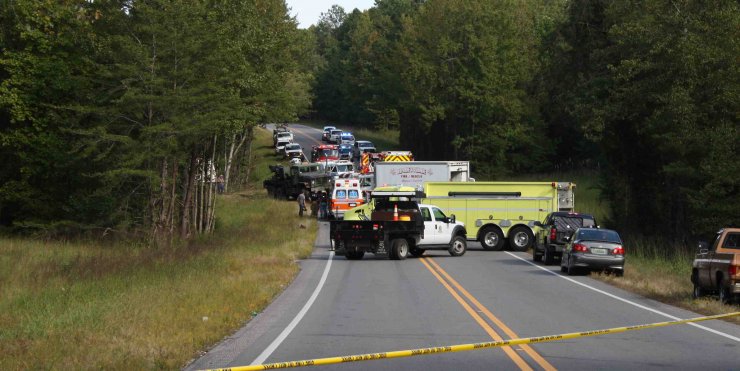 A two vehicle collision early Monday afternoon at approximately 1:45 p.m. on Highway 195, one mile south of Highway 243, claimed the life of one woman. The unidentified female driver of a north bound Buick was killed when her car collied head-on with a fully loaded coal truck.  According to the driver of the 18-wheeler, Ben Stokes, 39, Lynn, who was south bound on a straight stretch of road when he saw the other vehicle approaching him on his side of the road at a high rate of speed. Stokes attempted to leave the highway to his right, but had no place to go. The Buick reportedly went up under the tractor and both vehicles left the highway and into the woods on the north side of the highway. There was an immediate fire in the car. Stokes exited his truck and was uninjured.

The Haleyville, Pebble and Ashridge Fire Departments were called to the scene to extinguish the fire and assist with traffic control. Because of the severity of the impact and fire, emergency workers remained on the scene with the highway blocked until 10:30 p.m. Monday night.

The driver of the car and even the vehicle itself could not be immediately identified. According to Winston County Coroner, Larry Gilliland, the woman's body was sent to the state forensic lab in Huntsville for identification. The accident is under investigation by Alabama State Troopers.